in defence of the ‘marriage voucher’ 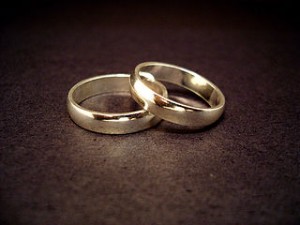 I checked Facebook last night to discover that five of my friends had shared the same link. Among my group of friends – mainly queers, feminists, and greenies –  this often means something interesting is happening, particularly when the link relates to Things the Liberal Party Have Done That Are Stupid. The link was to an article entitled ‘$200 each! Coalition to Fund Heterosexual Couples’ and was accompanied by various comments from my friends along the lines of ‘Anyone with a social conscience should not vote for this man.’

Excellent, I thought, filled with Leftist vitriol. What has the Rabid Rabbott gone and done now? But instead of just clicking ‘share’, I thought it might be prudent to actually read the article, which reported: ‘The Coalition will provide a $200 voucher to all couples when they register their intention to marry, which will be redeemable on an approved marriage education, counselling or parenting skills service… Couples can use this voucher before or after their wedding to choose a service … which assists in developing communication skills, conflict resolution, financial management, parenting skills…’

Well, paint me blue and call me a conservative, but this doesn’t actually sound like a terrible idea to me. First of all, the headline is misleading – it’s not a payment, it’s a voucher, which means it should be seen less as an incentive for couples to marry and more as a preventative measure against divorce.

Also, I know a lot of couples who would have benefited from counselling before they got married – whether that was full relationship counselling, or a more general discussion of their individual expectations of marriage. I’m not sure how far $200 would really go in this direction, but I suppose every little bit helps, and it seems a positive step for a party which is usually quite sceptical about the value of mental health services.

Let’s remember who we’re talking about here. The Liberal party are committed to ‘traditional’  family values – their policy platform on non-traditional families (including my own) is discriminatory and irritating, to say the least, especially as they’re quite happy to acknowledge us as a family when it comes to Centrelink payments and tax. But the fact that their policies reinforce traditional heterosexual two-parent married families is not surprising to me, and it shouldn’t be to you either.

This policy is not about discriminating against same-sex couples. It’s about reducing the divorce rate. There is, of course, an implicit greater value being given to married couples over non-married couples (gay and straight) if this voucher is only available to those who register their intent to marry, and that’s problematic. However, the Sydney Morning Herald reports today that the $200 is available to all couples who wish to enrol in relationship counselling, regardless of their intention to officially marry. This means that it would also be made available to gay couples who wanted to undertake counselling as well, which means my friends’ outrage is unjustified – although of course the Coalition policy on marriage equality itself remains discriminatory. Granted, this was not in the original article my friends shared, which was published on a gay news site which may have its own agenda.

Look, I hate the Liberals as much as the next queer. Their policy on asylum seekers is inhumane, their refusal to allow a conscience vote on marriage equality is undemocratic, their negative politicking and reduction of policies to three word slogans are offensive, and their leader is a misogynist. This all goes against every fibre of my being and that is why I’ll never vote for them. I am regularly outraged by their policies – just not this time.