karing about keeping up with the kardashians 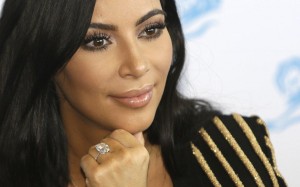 I have a confession to make. I have never seen one episode of Keeping Up With the Kardashians. And yet, I can still name every member of the Kardashian-Jenner brood. I can tell you the brand of the dress Kylie was wearing last week on Instagram (it was Meshki), and I can tell you which family member model Gigi Hadid is closest with (it’s Kendall).

Why? Because, as any self-respecting denizen of the internet can tell you, the zeitgeist of the Kardashian-Jenner clan cannot be avoided on social media. Well, unless you install the plug in that specifically erases any mention of the family.

Which is why I was horrified by the recent stories of the robbery targeting Kim Kardashian West. Earlier this month, Kardashian West was tied up and held at gunpoint by two men disguised as policeman in a Parisian apartment, suffering the loss millions of dollars’ worth of jewellery in the process. It was identified that the gunmen were able to ascertain Kardashian West’s location, as she had recently posted her activities through her social media channels.

Despite commanding considerable influence through social media, that hasn’t protected Kim Kardashian West from ridicule in the same forum that she supposedly commands so much power within. Accusations of publicity chasing have persisted, and even a Halloween costume depicting her plight began circulation.

Not only was Kim Kardashian West robbed of her jewellery, but she was robbed of her dignity, and most importantly, her means of business. The Kardashians make money, not only due to their prolific 12-season television series, but also through their social media channels. At the heart of what they do, they’re social media influencers.

In this event, it seems that there has been a real separation between Kim Kardashian West as a human, and as a brand. Her lifestyle is dependent on how she presents her brand – and her brand is herself, as an individual. It’s a cycle that relies on the reaction from followers and those who reject her, and the robbery has served to disrupt both Kim Kardashian West’s brand and the relationship she has with her fans and detractors. In the interest of security, Kardashian West has altered and curbed her social media activity. While her family has sought to control the narrative around the robbery in lieu of Kardashian West’s absence, reports of the robbery have continued to circulate.

Keeping Up With the Kardashians is literally a television show populated by a cast of wealthy, successful women, telling a story that centres around the emotional experience and relationships of these women. The fact that at the core of their brand, these women consistently band together to support one another through their trials and tribulations is laudable.

She may not agree with the label ‘feminist’, but Kim Kardashian West sure is not acting in ways that would suggest she is not a feminist. Having initially used the sex tape that was released against her will as a way to launch herself and her family into the spotlight, it now seems that Kardashian West could potentially utilise the most recent events to her benefit and continue to create and shape her media empire – in whatever new form it will need to take to protect her and her family’s interests.

Two significant instances of violence, in a culture that perpetuates violence against women, and now it would seem that Kim Kardashian West will triumph over them, in the eyes of the media, and the world. While most would accuse Kardashian West of acting opportunistically, I would posit that that makes her an incredibly strong and intelligent individual – one who demands respect. At the very least, more respect than what has been shown towards her throughout social media as of late.