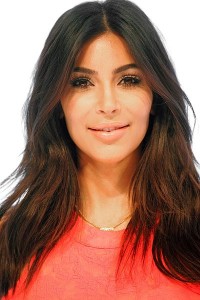 Kim Kardashian is surprising everyone with her recent involvement as Executive Producer in upcoming documentary, #RedFlag. The hour-long special will air during US Mental Health Awareness Month to explore mental health and its relationship to social media. After its premiere, Producer, Dr Drew Pinsky also plans to have an interactive follow-up and similarly themed programming on its broadcaster, HLN, for the rest of May.

The documentary will follow the story of two individuals, Kelly and Andrew, who both use social media as a support mechanism. Kelly, a married woman diagnosed with bipolar, admits in the trailer ‘I post all day, every day’, connecting with others in similar situations as her family struggles to deal with the illness. Andrew, a teenager suffering from depression after the suicide of his brother, similarly uses social media as an outlet as he struggles to act as carer for his mother. According to HLN, the show will also tell ‘the story behind their social media personas’ and ‘how their illnesses affect the people closest to them.’

Kim hopes to increase community awareness of the prevalence of mental illnesses, highlighting the fact that 25 per cent of American adults ‘will suffer from a mental illness in their lifetime, and many of them turn to social media as a means of coping with their depression, loneliness and isolation.’

Although Kim’s involvement has come as a shock, the topic of mental health has recently become a relevant topic in her life, as her brother, Rob, has faced a very public battle with depression. Kim’s younger sister, Khloe Kardashian has said ‘Rob has become very introverted and has a kind of social anxiety. He’s definitely not at his happiest place.’ The documentary comes in contrast to portrayals of Kim being frustrated and unsupportive towards Rob. Her method of dealing with his depression is quoted as ‘tough love,’ frequently mocking him for his weight and branding him as ‘king of excuses’ for his lack of motivation. Rob himself has showed his anger towards Kim’s attitude through social media, with a Twitter post writing ‘Kim, the bitch from Gone Girl.’

Kim Kardashian’s behaviour towards her brother throughout his illness, as captured on their reality-show ‘Keeping Up With The Kardashians’, makes her involvement in this documentary questionable. Her public alienation towards Rob risks compromising the documentary’s very purpose. If her desire were to truly advocate and educate on mental illness, she must first demonstrate this within her own family relationship. Instead, Kim’s involvement in the documentary may overshadow the seriousness of the message and may limit interest from those who actually need help.

Regardless, Kim has been acclaimed by Bruce as the ‘most accepting’ in the family throughout his transgender announcement, an experience that he admitted was filled with struggles, including contemplations of suicide. Similarly, she showed sympathy and awareness towards the Armenian Genocide Victims by writing an article for TIME, reflecting on her own heritage.

Kim’s actual input in the technical and creative domain of the documentary will be limited, most likely just acting as a promotional figure. According to Media Match, an executive producer is someone who may be a representative of the studio, or who may take responsibility for finance and marketing. While the target audience may be affected, she will have no major role on the intended key messages.

It is certain that Kim’s fan-base will draw significant attention to the show. Kim has approximately 31 million followers on Twitter, being 15th on the world rank. To put it into perspective, she has eight million more followers than the reported population of Australia. Her involvement on social media platforms, being labelled ‘Queen of Selfie’, will serve as a useful parallel to the premise of the program.

Mental illness continues to be misunderstood, despite many conventional public awareness campaigns. Thereby, Kim’s involvement may have a surprisingly positive influence on raising community awareness by enticing people who would not normally seek out media programs on mental illness. In addition, Kim’s celebrity status highlights the fact that mental illness affects all sections of society regardless of class and social status.

Kim’s use of power for social good is commendable, and will likely bring in a widespread audience, with undoubtable benefits. This is a valuable use of her power, and as long as it helps to spread awareness and resources, it cannot be condemned.

2 thoughts on “kim kardashian: an unexpected advocate for mental health”