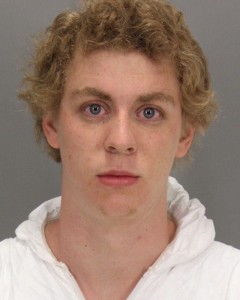 This quote from Carol Smart has been banging around in my head since Judge Aaron Persky handed down his sentence in the Brock Turner case.

Unless you’ve been forgoing social media and the news for a week you are probably aware of the Brock Turner rape case. It is depressingly and infuriatingly familiar – a man found guilty of committing sexual assault on woman has been given a very light sentence for reasons to do with his “bright future career” as an Olympic swimmer.

All aspects of this case have been analysed and dissected in social media. There has been the powerful letter the victim read aloud in court, which has served as a rallying cry for the destruction of rape culture. The various reactions to the frankly ludicrous letter written by Brock Turner’s father in which he asserts that alcohol was the causative factor in this instance have been heartening. As one user commented on twitter, ‘It’s the utter lack of self awareness and context that makes Brock Turner’s dad’s statement so chilling. Purest dumb dad privilege.’

What really struck me as the most alarming factor of this case is judge Aaron Persky’s ruling. Brock Turner was sentenced to six months in jail with three years probation and will be legally required to register as a sex offender for the rest of his life. Of this sentence he will serve three months and be credited for good conduct. Currently, he is scheduled for release on September 2.

In essence, this ruling says ‘hey, as long as you’re star athlete you can pretty much get away with rape’; ‘her future is not as important as his’; and ‘this woman (read: women) is partly to blame for her assailant’s choice to rape her’. During the trial, irrelevant facts such as what the victim was wearing, how much she weighed and how much alcohol she had consumed on the night the rape occurred served as mitigating factors for Turner’s crime, as is so appallingly common in rape trials. Victim blaming is a pervasive factor in sexual assault trials leading to the prioritisation of the future of a sex offender over the pursuit of justice for the victim.

The role of the legal system in these cases is hard to define. One could reasonably posit that the criminal justice system is a tool to be used to inform society’s attitudes and behaviors around gender and sexuality. However, the relationship between the law and morality is a lot more complex and problematic.  In theory, the law in a liberal democracy is a means of enacting justice and keeping peace, regulating our behavior, and protecting us from our baser natures. But try as it might, the law in itself cannot take a higher moral ground than the human beings – judges, with their own biases and proclivities – who enact it, and the society, with its own moral codes and impulses – which tempers it. And therein lies the problem – rape culture is a pervasive influence on societal attitudes toward victims and therefore informs not only our laws but our convictions. By existing in a world of patriarchal norms, the law becomes a tool of patriarchal power.

However, it is not enough to say ‘well, we need to change societal behaviours and attitudes first before the law can be reasonably expected to enact justice for rape victims’. The law itself – from lawmakers to law enforcers – is complicit in male violence against women by not doing enough to stop it. The law reflects us back to ourselves, and in the case of Brock Turner, we can be truly ugly.

This is not to say that laws can’t and don’t change – through the efforts of feminists and activists, the law must and does yield. As a result of increasing awareness of the proliferation of sexual assault in Australia, laws have been changed so that rape victims are addressed in a more sensitive and fair way. These provisions are designed to reduce the trauma of a trial setting whilst (hopefully) eliminating, or at least controlling for, bias.

So obviously we as a society are capable of changing our laws to reflect our attitudes and sense of morality. However, given the recent verdict in the Brock Turner case it is clear that these changes aren’t happening fast enough. We need them yesterday, and Brock’s victim needed it sooner. In fact, that I’m even writing this article is a tragedy. Until the law can effectively deliver real, tangible justice for victims of sexual assault it is an enabler of rape culture.