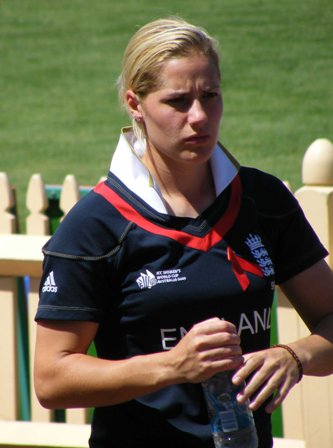 How’s everyone enjoying the Ashes? That’s what you do with the Ashes, right? Enjoy them? I don’t know; I’m not really following. What I have been doing instead is getting into the spirit, without actually engaging with any of the reports or the coverage, by compiling a list of great women in cricket!

1. Lily Poulett-Harris
Poulett-Harris was the founder and captain of Australia’s first women’s cricket team, in 1894. That’s much earlier than I ever thought it would be. But don’t worry, guys; the female cricketers still found time to serve the men. They provided a lot of lunches for them, which is really good because they never should have been out of the kitchen in the first place.

2. Ellyse Perry
Did you know she debuted for both the Aussie cricket and soccer teams when she was 16? Ugh, people who are younger and more successful than me just make me sick.

4. Karen Rolton
Rolton was the first winner the ICC’s Women’s Cricketer of the Year. In 2006. Yes, indeed, 2006 was the very first time the ICC decided to reward the women who play as well. I can only assume they thought we started playing in 2005, when they made gloves that protect our nails.

5. Lisa Sthalekar
Sthalekar (she was born in India, but plays for Australia) was the first women to take 100 wickets and score 1000 runs in One Day Internationals. So basically she’s an awesome batter AND bowler.

6. Faith Thomas
Thomas is the only Aboriginal woman to play for Australia. She was selected in 1958, which really surprised me considering the treatment of Aboriginal people at the time – but it’s also really cool.

7. Jane McGrath
Okay, so maybe this one is a bit of a stretch, but the way I see it, if it weren’t for the status of her husband (I know, I know, it’s poor wording, but I’m sleepy and a little lazy, and I know you know what I mean), there would not have been nearly as much attention directed towards her battle with cancer; there probably wouldn’t be a McGrath Foundation; and there definitely wouldn’t be the 83 specialised breast cancer nurses they fund (87% of which are in a regional or rural area).

9. Anisa Mohammed
So, I might just casually take up a sport one year, and then represent my nation the next. Easy! We can all do that.

10. Shevill Sisters
These sisters are cool because they were all representative cricketers. You had Fernie, who played in a test against England in the 1934-35 season, her twin, Irene, playing in the next two tests, Essie, who played in all three of those matches, and her twin, Lily, who played for New South Wales.