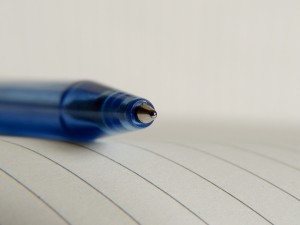 I think my first encounter with the word “feminist” was around sixth grade, when a friend of my older brother told me that if I ever wanted a boy to like me, I best not join Feminist Club when I reached high school. At the time, I took his advice seriously. He, a cool high school freshman then, obviously knew what he was talking about. How lucky was I to get insider tips like this before I actually entered ninth grade.

In the years that followed this introduction to the term, I observed feminism from a safe distance and with a wary eye. As I had become better acquainted with the word, I had also learnt that apparently one could run the risk of becoming a “Bad Feminist,” although how exactly to become one was not entirely clear to me. Did it make someone a “Bad Feminist” if they wore makeup, or did “Bad Feminists” fault women for wearing makeup? Were you a “Bad Feminist” if you shaved your legs? What about if you liked watching romantic comedies?

For the duration of middle school and even up until the beginning of ninth grade, I proceeded with caution, doing what I could to avoid confronting the concept head-on. I knew that I believed in gender equality. I thought women deserved to be paid as much as men. I was as aware as I could have been that I was living in a “man’s world”. But when my brother’s friend had spoken of feminism, he had made it sound not just unnecessarily aggressive, but fundamentally illogical. Thus, I never made the connection between it and the things I believed.

It was not until I read the dictionary definition of feminism that my relationship to it changed. Perhaps it was because I have always found comfort in formal descriptions, and with the validity offered by Merriam Webster, it was impossible to infuse the definition with the negative connotations I had been accepting as true. With feminism defined as ‘the advocacy of women’s rights on the grounds of political, social, and economic equality to men’, I saw my opinions consolidated into one belief system, keeping things organised and simple. Never before had I truly appreciated the potential positive power of having a label to describe how you feel about the world.

Since then, I have embraced my feminist identity warmly, choosing to use it as a means to help others understand what it actually means. I have had my fair share of conversations about the term and, oftentimes, frustrating ones. I have heard it argued that the word “feminism” itself is flawed on a semantic level because it relates literally to one sex more than another, apparently going against its principles of equality. I find that this logic is flawed in the same way as that of those who opt for “All Lives Matter” over “Black Lives Matter”; the only way equality can be achieved is through addressing the concerns of whichever group is being oppressed, and recognising and identifying that oppressed group does not imply that this group that should be in power instead.

I have found it particularly interesting how threatened many feel by the prospect of feminism. A friend at my summer job told me he thought that feminists want to take over the world and make all men their servants. When I tried to explain to him that as a feminist, I believe in gender equality, he replied, ‘Maybe that’s what you believe, but I’m not so sure about the rest of them.’ Even at my progressive New York City high school, I have heard male classmates argue that feminists do not understand the distinction between equity and equality and that they tout their cause at the expense of the men around them. Not only does this assume that all feminists are cis-gendered women, but arguments like these are the result of feeling threatened by others’ attempts at dismantling the patriarchal system. Yet, the effort put into making these arguments sound eloquent is not surprising at a place like my school, where verbal jousting among students is a favorite pastime.

I have never been so aware of being female as I am now, in the wake of the election of Donald Trump. The fact that I, a white woman in a position of privilege, feel endangered by a Trump presidency makes me fearful for those lacking the securities afforded me by aspects of my identity.  In the first few days following the election, I felt an overwhelming sense of defeat. As a New Yorker, I have often heard my city described as a “bubble” of sorts, but I had not realised the extent to which this well-used figure of speech is a cold reality until Trump’s victory. For me, Hillary Clinton’s shocking loss was like a slap on the hand, as if I and women everywhere were being told that all our efforts were in vain, that feminism was fundamentally futile. That made me so angry. Then I realised what was going on.

Whenever women have risen up and voiced their grievances during the course of history, powered by an entirely valid anger, that same anger is used against them as a means of framing them as whatever stereotype is then the fashion: screeching harpies, whiny housewives, or the now widely-popular “Angry Feminists”. This is the cycle of oppression. Women being oppressed in society leads to women experiencing anger, which leads to women speaking out, leading to women getting classed as some awful stereotype, leading back to oppression once again.

So is it delusional of me to hope to bust this cycle? Is it wrong of me to have faith in the good sense of modern 21st Century minds? Perhaps it is. But if not now, at a time when women across the country are so acutely aware of what is at stake in terms of their rights, then at what other time would it be proper for me to stress the importance of taking feminism seriously? I am not sure, but I do know for certain that the sooner we all accept feminism as valid, the sooner we can make an attempt at getting back on the right track.

Mia Freund is a high school sophomore living in New York City. Her poems and short stories have been awarded Gold Keys in the Scholastic Art and Writing Awards, and her work is forthcoming in the Glass Kite Anthology.