not such a teenage dream: are the kids really alright? 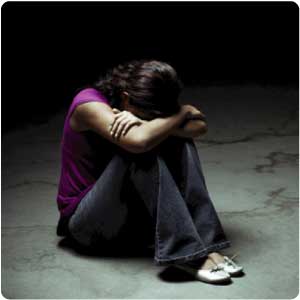 Just the other day, I was driving along listening to Triple J when the news came on. Ordinarily I’d switch stations as I’m always up to date with current affairs. However, I was eagerly anticipating a new Sarah Blasko song after the news, so I left it on. One particular story really struck a chord with me – an announcement that Children of Parents with a Mental Illness is rolling out a program that includes children in the treatment of parents with depression and anxiety. I’m not typically a sentimental person, but the fact that someone was finally taking notice of the problem of teenage mental illness was a bit of an emotional moment for me. The reason, as you may guess, is that I was one of those teenagers.

I’ve never really talked about my depression at any length before, because it’s not something I enjoy reliving. Not only that, but people seem to be a bit afraid of talking about mental illness. There’s a stigma surrounding it. I’m not sure exactly why, but I have much less trouble telling people I’m gay than about having depression as a teenager. And to be clear, I’m talking about the clinical kind, not the I’m-having-a-bad-day kind. Everyone has bad days – I had a bad six years.

Research shows that around one in five children are affected by mental health problems or disorders. As we come to better understand the issues surrounding mental health, the information and support for sufferers increases. But when I was younger, I didn’t even know what depression was. It seems ridiculous looking back, but I honestly thought the way I felt was normal. I was so used to feeling sad that I assumed everyone felt like that – and the worst part was that no one around me noticed either. By the time I was diagnosed with depression at 14, I’d already seen about five different counsellors. It’s hard for me to believe that not one of those trained professionals noticed there was something very wrong with my mental health. Everyone assumed I was a sad kid because of my parent’s divorce, and apparently never considered that there might be something else going on.

The only thing that finally triggered my mind was when I started to think about committing suicide. I was in so much pain emotionally, I honestly felt the only way out was to end my own life. It’s a horrible thing at just 14 years old to feel like you’re done, that you’re ready for life to be over. But it was at that point I finally felt that something wasn’t right. It occurred to me that maybe it wasn’t actually normal to want to die – that not everyone felt like that. I remembered reading about an organisation called beyondblue, so I looked up their website and found a symptom checklist. I scored eight on the checklist, with five and above indicating a risk of depression.

It was an enormous relief. I finally felt that, after years of suffering, there was a legitimate reason causing me to feel the way I did. And if there was something wrong with me, it also meant there was something that might get better. Looking back, I was probably suffering from some form of depression from around the age of eight. And if that happened to me, how many other kids are falling through the cracks because they, or the people around them, don’t realise anything’s wrong? Maybe if I’d known what depression was I would have spotted it lurking in myself. Maybe if the counselors I saw had bothered to look into my family history, they would have seen the signs. My mother, aunt, uncle and grandfather have all been treated for various mental illnesses in their lives. Maybe then they would have done something. I don’t blame anyone for what I went through – it was probably inevitable. But if I had known what depression was, or if someone had noticed the signs, it could have saved me a lot of pain.

The road to recovery, too, was long and difficult. Even once I’d asked for help, my own doctor didn’t seem to know how to treat a teenager with depression. The first kind of antidepressants she prescribed me had never been tested on adolescents (something I found out myself through research), and caused dangerous side effects that led my doctor to take me off them. She did eventually find me ones that worked – as much as antidepressants do – but even then, I had no confidence she knew how to treat me. In those days, no one seemed to know.

I can only hope that this new program, aimed at training 50 000 mental health workers, will lead to many more children getting the help they need. I’ve never felt more alone than I did when I suffered from depression. But it’s important to remember that no one is ever alone. Someone is always listening, even if you don’t realise it.

If you or someone you know is showing signs of depression, call:

More information can be found at:

One thought on “not such a teenage dream: are the kids really alright?”