Resolutions & Reflections : What does New Year’s Eve mean to you? 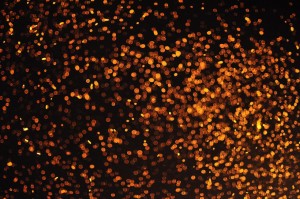 Of all the holidays that riddle this time of the year, New Year’s Eve is by far my favourite. Not just because my family never celebrated Christmas, or because I like a good excuse to watch fireworks and have a party, but because the idea of starting fresh is one that appeals to me.

A new year, to me, is another chance to push myself, to try for all those things I’ve wanted to achieve, and to hopefully experience even more than I did in the year before.

Some of my earliest memories of New Year’s Eve include visiting my extended family overseas, and staying up late to listen to the countdown on the local radio station. While we waited, we would dig into snacks and junk food. I was only a kid, but I remember my older teenage cousins eating strawberries dipped in chocolate, and saying that they would start their diets the next day, when their New Year’s Resolutions really began.

Dieting resolutions always irk me, because I think they place too much emphasis on size, and not enough on health – I often hear people say that they resolve to lose X number of kilos, but rarely do I hear people resolve to be more ‘healthy’ generally.

Beyond dieting, though, I often feel that specific New Year’s Resolutions (like, ‘I resolve to learn French’ or ‘I resolve to be on time more often’ or ‘I resolve to stop watching too much reality TV’), despite being grounded in the best intentions, often result in a sense of guilt and irritation when they gradually slide out of view as months go by. Sometimes we forget that the reason we might not already do something is because it’s harder to fit into our lifestyle than we thought.

For example, I’d love to learn French and have often tried to make that a resolution for the year, but I actually just don’t have time for evening classes and my current financial situation won’t let me take on a new hobby. But reflecting on my lack of French-speaking makes me feel like a bit of a failure sometimes – I mean, what else have I been doing all year?

I always try to make broad resolutions each year, and usually they have a somewhat philosophical bent. For example, this year I’m going to try to be more ‘big picture’ focussed, instead of allowing myself to get bogged down by minor setbacks or annoyances (a difficult task when you edit an indie, not-for-profit magazine that constantly struggles for money!). I stopped making really tangible resolutions after years of feeling stressed and frustrated at not having reached my goals the year before.

But more important than Resolutions, in my opinion, are Reflections. I try to take time out each New Year’s Eve to think about the year gone by, and the good that has come out of it. The new relationships, the great experiences, the personal victories. I try not to focus on the inevitable downsides of the year (the lost jobs, the difficult relationships, the failed goals), but to take a moment to marvel at all the amazing things that happened that I may not have appreciated at the time.

A year is a really long time, and so much happens when you’re busy living life, that you don’t necessarily realise is a big deal until much after the fact. Like, the time my niece yelled ‘woohoo!’ when she heard I was visiting, proving that she hadn’t forgotten me; or the time I navigated my way on Melbourne’s rail network without getting lost; or the time I stood on an island, watching the sunset with a family I didn’t know this time last year, but who I now consider my own; or the time I sat at a Lip meeting, looked at the people around me and realised that three years after being made editor, I was no longer steering this ship alone.

Tonight, when you’re clutching your drink in one hand, and the hand of your loved one(s) in the other, waiting for the clock to finally strike 12, think about the best parts of 2012, and remember to learn from the worst.

Resolutions are an amazing way to clarify what you want to achieve, or what is important to you in life. But it’s often the little things that we don’t necessarily focus on, that truly define a year.

What are your New Year’s Resolutions, Lipsters?