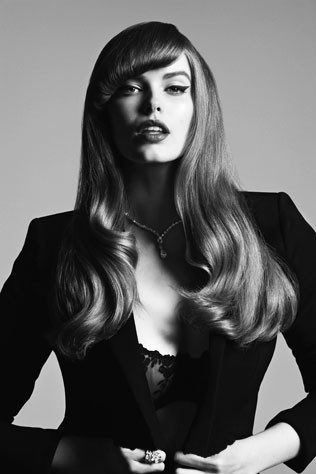 After a successful photo shoot in Italian Vogue, Robyn Lawley has appeared in Australian Vogue (September issue). The first plus sized model to get a spread in Vogue (correct me if I’m wrong!).

Most discussion has been relatively positive, but some has veered towards the “but what about the HEALTH” angle. Like showcasing a model plus sized body on a fashion magazine has anything to do with health. And like just looking at a person can tell you anything about their health. And, frankly, like it is any of your business in the first place.

There is also the discussion of unreality and tokenism. I tend to agree with some of these discussions. Robyn is a model – which means it is her job to have the proportions of a model, the height of a model, the skin of a model and the face of a model. Her body type, while slightly larger than the norm, is still toned, and is still seen as ‘desirable’. The cover and the spread inside aren’t normalising plus sized bodies, or ‘regular’ people, because they are still photoshopped, they are still wearing clothing that it would take most people a full year’s salary to afford, they are still shot on locations most of us will never get to.

But, I suppose, that’s the point of fashion magazines, isn’t it? To be seen as aspirational, as desirable, to covet the clothing, to wish for the bodies in the pages, the locations people visit and write about. I don’t consider the fashion world reality in the slightest. I don’t expect it to be.

This, of course, is not excusing the fashion world at all. There are some major problematic issues that are still rampant within it. One plus sized model photo shoot in a magazine is not going to solve these issues, especially as a token gesture.