the lip crew on censorship 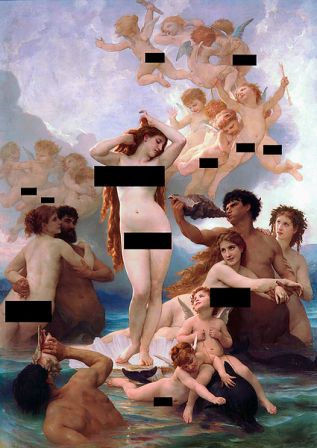 ‘Comment boards are a great place to go if you want to read a hysterical misunderstanding of the word “censorship”.  It’s a word that’s so prone to hyperbole that in cyberspace it has become acceptable to equate criticism or moderation with censorship. Not only is this inaccurate, it also trivialises just how oppressive censorship is. What I’ve seen most often is people thinking that comment moderation, left- or right-leaning media outlets or regulations around profanity in print are somehow as great a violation as state-controlled media. A blog or website choosing not to publish bigotry is not censorship. Popular disagreement with a point of view (say, heterosexism) is not censorship. The absence of a comment section is not censorship. Choosing to block someone is not censorship. And yet, some people believe that because their views are unwelcome, they’re being silenced, or that criticism somehow prevents them from speaking. This is untrue. There are plenty of spaces – especially online – where someone can find a platform for even the most unpopular opinion. No one is owed an audience but they are free to speak to whoever wants to listen – too bad if it’s a smaller number than they’d like. There are no safe spaces in countries where the least powerful are prevented, either by death or imprisonment, from accessing information or speaking out against those in power. That is true censorship and hundreds of millions of people are prevented from making decisions about their lives because a minority of people with a lot more power has decided they can’t have or share information. It’s important not to confuse taking responsibility for our words and respecting the spaces in which we (try to) share them with not having a voice at all.’ – Shannon Clarke, Writer

‘To me one of the worst crimes of censorship is that it is framework that restricts not only an individual’s right to freedom of speech, but an individual’s right to change their position in society. With all of the advancements in global communication, the Internet and social media, it is easy to forget that for a huge number of people the right and access to free speech is still restricted. Last year a friend and I visited India, a country where the majority of people are rendered voiceless due to their caste or gender. I witnessed women who, when in the presence of men, fell silent; they only spoke when spoken to. If they did speak it would be through their husband, who would relay what was said on her behalf. Women are also censored by other women. On our travels, my friend and I met a newlywed couple. The new wife had just moved into the son’s family home and into the role of the subordinate to the son’s Mother. We saw the son and the Mother speak freely about the daughter while the daughter smiled and remained silent. Even when spoken to directly she did not say a word, she just bobbed her head from side to side, complicit and gesturing she understood. I have never lived in a non-democratic society or in a place where my individual right to freedom of speech has been discouraged, ignored or squandered. Sure, there are times when it is inappropriate to share my opinion and I acknowledge that when I do, it may be accepted by some and deemed unacceptable by others. However, I can always take comfort in knowing that in expressing myself I won’t be chastised, abused or reprimanded for the act of expression itself.’ – Brianna Doolan, Writer

‘Censorship means many things. Sometimes I approve, and sometimes I don’t. While I think some censorship is necessary – the censoring of children’s television programs, for example, to avoid airing anything inappropriate – the word for me brings about NEGATIVE emotions. It reminds me of an experience I would rather not remember. An experience in which censorship was used to take a way fundamental rights I hold as an individual. That is, rights to privacy and the right to social interaction. Five years ago, when I was only 16, I was admitted to hospital with an eating disorder. The history behind this is extensive. At the time I was physically very sick, and I’ll admit, my hospitalisation was probably necessary. The way I was treated, however, I do not believe was correct. I was confined to a bed, denied visitors, and anything that was sent in to me was searched and CENSORED. Letters, for example, were read through by staff, and censored according to what they believed to be appropriate. Words were covered over, and some letters, disposed of entirely.  I was completely isolated, and I felt very alone. To this day, I still do not know who tried to contact me, or send me anything. The word CENSORSHIP for me brings to mind this state of being; a time when I was controlled entirely by the medical institution; an experience that I believe denied me rights as a human being.’ Heidi La Paglia, Writer

‘As young women, we are constantly self-censoring – and this detracts from our sexual wellbeing. I mean, when was the last time you had a convo with a girlfriend about your vagina? In the documentary The Perfect Vagina, television presenter Lisa Rogers explores why labiaplasty has increased in the past ten years. It seems that many women expect their labia (the vagina’s “lips”) to look like the ones they’ve seen in the media. Pornographic images have normalised a vulva that is “healed to a single crease” by airbrushing in order to pass classification laws. Evidence in The Perfect Vagina shows that a huge number of women are insecure about the appearance of their genitals, which is leading to a greater demand for cosmetic surgery on ladybits. Oh, sure, we don’t talk about our ladygardens because it’s taboo, and it’s embarrassing. In Frank Bongiorno’s 2012 book, The Sex Lives of Australians: A History, he cites a sex education pamphlet from 1945, The Guide through Girlhood: “The reason that we do not talk much about the private parts of our bodies is not that they are impure, but that they are sacred.” But we still think of vaginas as impure, don’t we? They’re just a little bit yucky. In The Female Eunuch, Germaine Greer urges her readers to open their legs and examine themselves with a handmirror – I’m sure this would be a confronting experience for most of us. And this is because although pictures of fantasy pussies are easily accessible in our culture, our conception of social proprietry censors us from having open conversations about our vaginas. This leads to unfamiliarity and dissatisfaction. It’s not the 1940s anymore. Let’s talk about the vag, and stop self-censoring so we can enjoy a greater love for our bodies.’ Lou Heinrich, Books Editor

‘It is said that a defining factor that shapes generational change and divides is technology. The socio-technical landscape in which I grew up is far different from that of my parents. Many twenty-somethings can probably relate when I say that my parents do not understand the Internet. It’s a generational thing. They are tentative, sceptical and mistrusting of what my Mum once called “MyFace.” They are not alone in this Baby Boomer fear and loathing of social media: the land of paedophiles, scammers and cyber bullies. Many people believe that by putting yourself out there online you are “asking for” identity theft and judgement. So in order to avoid such perils, self-censorship must be diligently observed. Under no circumstances should the public see those pictures from that night. Don’t air your dirty laundry on Facebook. Potential employers are stalking your profile and will judge your ability to work in an office during the week on your weekend partiality to cheap Vodka and bad music. While I believe in social media self-censorship to an extent (I don’t want to read a 200 word status about how you just deleted a whole bunch of people from your friends list because they disagreed with something you posted and are therefore clearly hopeless idiots) if you need to hide aspects of yourself from public view, you shouldn’t be doing them in the first place. I refuse to censor my identity online. I swear if I want to, I post things that may confront or offend others (I’m that radical feminist killjoy in your news feed). If potential employers look up my profile without my consent and don’t like what they find, well, they would have found that stuff out about me eventually.’ – Ruby Grant, News & Features Editor

What are your thoughts on censorship, Lipsters? Tell us below!