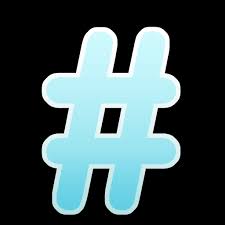 Over the past week, there has been a hash tag on Twitter that has been making the rounds: #thingsfatpeoplearetold.

Fat people would talk about things people have said to them; friends, family, strangers, medical professionals and hash tag it with #thingsfatpeoplearetold. Hash tags on Twitter are easy to search and the more things tagged the more prevalent and fruitful the search is. The tag exploded over the week and has drawn a fair bit of attention.

I contributed to it myself. I’ve been very sick since last Thursday. I went to the doctors on Monday to find out I have giardia – which is a parasite (ewww). You can get it from consuming contaminated water. The only time I have been near any water besides my own is when I went swimming the other week at my local pool. Been swimming there for five months now, and on my last swim, I get freakin’ giardia.

Anyway, I told someone this – how horrible it was, how I am weak all the time, how I never leave the toilet, how I have no appetite and how the antibiotics I’m on make me constantly queasy and I received this in reply:

Sadly, that’s not the worst thing fat people are told. Reading over some of the tweets has been sobering and upsetting. From people being denied medical care, to people being denied love, it’s been a harrowing few days. The scars these types of comments, gestures and beliefs cause can last a lifetime. The wounds are still fresh for so many people.

So, what was the whole point of the project? Especially if it has brought up old wounds and fresh hurts?

Well, mainly, to increase visibility. To increase awareness. For catharsis. To just talk. Sometimes, the first step against these issues is to talk about them. To bring them out into the light and hash them out (pun intended). I think the hash tag and the discussions it has wrought have been helpful and will continue to be helpful. I don’t know if it will achieve anything major, but if it even makes one person question the things they’ve said to fat people, then it’s done some good.