why i no longer participate in beard fetishisation 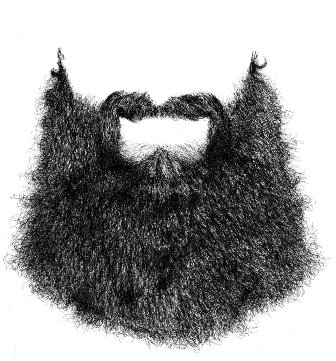 It’s no secret that beards on men are in vogue at the moment. They go hand in hand with current indie and hipster culture, and the Internet hasn’t exactly been quiet about this beard appreciation. I used to express with pride my love for a luscious beard. It wasn’t until I started questioning things that I became a little unsettled by how much beard love has been going around.

As for most gender related issues, it is important to ask what it would be like if the tables were turned. And no, I’m not talking about female facial hair here, but instead similarly gender-unique attributes. Mainly breasts. How would I feel, for example, if my boyfriend were to openly ogle women with large breasts? Genetics has treated me poorly in this department and there’s not much I can do about it. I only think it’s fair not to put him in the same situation. This isn’t just about having respect for your partner, either; it’s about having respect for an entire gender. In no way should a man feel less worthwhile because he can’t (or doesn’t want to) grow facial hair.

It’s not uncommon to see a backlash when men are seen admiring specific features of women. Women have previously been told that only the most beautiful are tall and thin, or have long blonde hair and clear eyes, or have curvy hips and large breasts. For the most part this is out of our own control. We’re still fighting for body acceptance and aren’t afraid to shout that women should be accepted for who they are; that they are not to be ogled, and their bodies are not property to be commented on. It’s at this point there seems to be obvious similarities between commenting on a woman’s body and the idea of beard fetishisation. Why is it okay for facial hair to be idolised in such a way?

This view may seem extreme to some. Some people might argue that it’s all in good fun and that it’s not meant to be taken too seriously. It’s just a trend, and like most things, it will come and go. We’ve heard these arguments before, haven’t we?

I notice this facial hair fascination becomes even more apparent with the onset of Movember. A month that is intended to raise awareness for men’s health issues can quickly turn into a game of “hot or not”. In what other situation would it be deemed appropriate to tell a guy his barely there whiskers makes him “look like a paedophile”. Considering one of the issues Movember tackles is that of mental health, it seems a little ironic to be placing such value on whether or not someone looks good while trying to support charity.

I feel as though facial hair fetishisation has gone too far. While everyone is allowed to have their own opinions, we must remember that everybody is created differently, whether they’re male or female. Body image is not a gendered issue and it shouldn’t simply be treated as such. For me it goes back to that saying we were taught when we were younger: ‘Treat others the way you want to be treated yourself’. I don’t want any part of body judged by whether it fits in with the social norm of what it deemed attractive, so why would I do that to anyone else?

7 thoughts on “why i no longer participate in beard fetishisation”