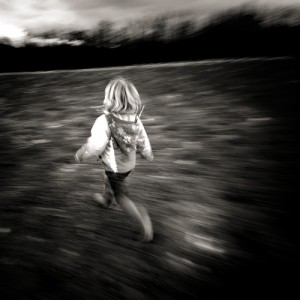 I went for a 6.5km run this evening. I am not particularly sports-inclined, and I hadn’t excessive energy to burn. It wasn’t because the sun was gloriously shining and the birds were serenading from the electric lines. I wasn’t bored; in fact, I was rather engrossed in designing a lesson plan – a rarity in itself.

If anything, one could easily argue that my cramps were a good excuse to graft myself onto the couch for the next three days with a hot pack to my belly. Voluntarily choosing to run in my usual attire of a thin T-shirt and track pants as the winter chill descends with the darkness requires a certain sort of madness.

In short, I did it because I had as much reason to do it as I did not to do it. Unreasonable insanity prevailed.

The frosty air bit into my lungs, and burnt. My muscles were shocked by the cold, and reluctantly kicked into action with the necessity of motion to warm itself up. I had no need for sunglasses, nor a cap, as the shortening daylight hours meant I had to squint against the glare of headlights from oncoming vehicles instead.

The pavement unrolled before me relentlessly.

I wondered about the drivers who sat, warm and toasty in their cars with the heaters blasting, the music warming their souls as thoughts of a hot meal awaiting their arrival home served to increase their agitation caused by peak-hour traffic. I wondered about the passengers on the buses, fighting their drowsiness with bleary-eyed yawns – is it fatigue from a hard day’s work at the office, or from breathing in stale air circulating in a box of too-many-people? I wondered about the passengers on the buses that were headed towards the city. Partying? Night classes? An ironic twist of fate by living in the city and working in the suburbs?

With each step, I felt the ground alive beneath my feet.

The repetition of my actions inspired the rather meaningless thought about eternity. The aches I felt in various parts of my system would last only as long as the run, and subside when I get home. I am more than this pain. The path I am treading will only be traced as long as I choose to outline it. I am more than this course I am running. My different actions don’t mean anything when they stand alone, and their collective significance is teasingly brief, for it will only last as long as I have a consciousness of my being, and once that awareness goes, it does not count to merely exist. Yet, as I cannot go on living forever, this path I choose to tread will outlast me, as will the pain with all its glorious potential to manifest itself in plenitude.

I invited the potential pointlessness of the pain that was beginning to crescendo in my stomach.

In Greek Mythology, Sisyphus was condemned by the gods to spend all of eternity rolling a boulder to the top of a steep hill, only to watch it roll down, and begin all over again. The act of living often feels Sisyphean to me – pointless and neverending. The act of running epitomises life. It is painful, it is highly repetitive, and you go around in circles.

And from that void of meaninglessness, you create your own meaning.

One thought on “why i run”