why I think that feminism is veering drastically off-course 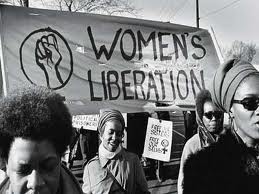 At some point in the last two decades, the focus of feminism has been drawn away from its true aims as a movement and into a prolonged identity politics debate that detracts largely from what I consider to be the point of it all.

The big questions used to be about tangible, practical things – should women have the right to vote, to the contraceptive pill, to equal pay? Now, the “big” questions are introspective, self-absorbed questions that result in nothing productive, like ‘do women even need feminism anymore’? Is Beyonce a ‘real’ feminist? Is Tony Abbott a feminist? What constitutes modern feminism? What is post-feminism?

Frankly, I don’t care who calls themselves a feminist, so long as important feminist work continues to occur. Lately, I feel as if something has gone wrong, that we’ve been driven drastically off course by all of this soul-seeking. Real issues continue to face women globally, but the issues that get the most airplay are those that have the least impact.

When feminism first became a recognised movement, it was a movement for equality that addressed obvious and entrenched discrepancies in the status of women as compared to men. Similarly to any equal rights movement the primary aims of feminism fell into two categories : firstly, causing deep ideological changes to the way in which the subjugated group were culturally perceived; and secondly, to then address the practical results of inequality to create a balanced and equal society.

The first aim is necessary for the second to be realised. It was (and is) important for women to be recognised as equal to men in terms of capability, capacity, skills, and intelligence, to then be able to reform the entrenched structures in society that create an imbalance in how each gender is valued. For example, until women were considered valuable and intelligent enough to make valid decisions, it was impossible for suffrage to be achieved.

This interplay between identity politics and real policy changes and reforms is inherent to the movement. However, at a certain point, the former has come to surpass the latter in importance, with dire consequences for gender equality. Editing this magazine, I am constantly surrounded by feminist “news”. Often this is enlightening and important, such as the recent furore over the status of women in India, but at other times it makes me want to pull my hair out in frustration. Regularly, I am asked for my opinion on such trivial topics as whether or not celebrity X should call herself a feminist, or whether or not feminists can wear make-up/wear short skirts/love fashion/like cooking/enjoy knitting, etc etc etc.

Undoubtedly, there will never be a consensus on any of these issues. Some people hate that Beyonce calls herself a feminist, others don’t. Some feminists abhor traditional femininity, others believe in personal choice. It is not the job of feminists to agree – there is not necessarily a “right” answer. However, it is imperative that we remain united on the real issues that have a tangible impact on women’s rights and freedoms.
These ideological arguments are a distraction from the actual issues facing women in contemporary society. In the time that we spent congratulating or lambasting the Prime Minister for her infamous “misogyny” speech last year, thousands of single parents were being shifted onto the Newstart allowance, cutting their benefits significantly and placing them at greater risk of poverty. This is a feminist issue. The majority of single parents are women who, as mothers, are already unable to participate fully in paid work due to the inherently patriarchal structure of most workforces.

Don’t get me wrong – identity politics matter. It matters how we perceive women in society, it matters how feminism is discussed and portrayed in our culture. But it does not matter more than the very real, practical issues that are going unnoticed by the majority.

Feminism is not about finding a consensus on everything – it is not about figuring out what a “feminist” really is, as if there’s one true answer to that question.

Feminism, at its core, is about equality for both genders. I wish that the focus could be brought back to that basic aim, and away from how short Beyonce’s crop top was on the cover of GQ.