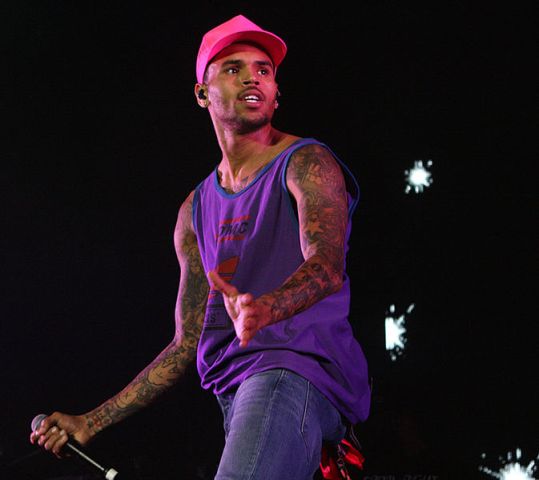 Chris Brown can be a fairly repellent and contemptible figure. Despite his continued success in the marketplace, it’s his non-musical headlines that have become his calling card stretching back to the last decade. There have been multiple physical altercations with other artists and fans, the destruction of at least one TV studio, several jail stints, an expulsion from court-ordered rehab, repeated probation revocations, and string of general social media assholery. Looming over all of this, of course, is ground zero for his fall from teen star to manchild pariah – his 2009 assault on then-girlfriend, Rihanna, which left her bruised for the whole world to see. Given such context, it makes sense that Australian Minister for Women, Michaelia Cash stated last week that, ‘People need to understand – if you are going to commit domestic violence and then you want to travel around the world, there are going to be countries that say to you, “You cannot come in because you are not of the character that we expect in Australia”’, in addressing Australian authorities’ indication that they will refuse his visa application ahead of his One Hell Of A Nite tour hitting Aussie shores in December.

But the situation is not as cut and dry as the Australian government would have us believe, and it is also complicated, as the banning of Tyler the Creator makes clear. The decision was presented (and reported by the media) as official policy, a blanket approach to visitation privileges within the commonwealth. But the policy has been far from unilaterally enforced and the pressure to deny Brown’s visa came largely via GetUp!, an Australian activist group that has waged campaigns in support of Julian Assange, the reduction of reliance on fossil fuels, and same sex marriage. At a cursory level, all seems legit. Brown has convictions for domestic violence and Australia, akin to Donald Trump, doesn’t want the worst kinds of foreigners making their way in. As per Australia’s Migration Act, visas may be rejected ‘if the person does not satisfy the Minister that the person passes the character test,’ or ‘if the person has a substantial criminal record.’ But, like Trump, it appears that the ire is, more often than not, aimed at darker-skinned folk when it comes to deciding from whom to protect the citizenry.

Yet death metal band Cannibal Corpse, whose music was once banned in Australia and whose catalog boasts wonderful songs like “Stripped, Raped and Strangled,” “Meat Hook Sodomy,” “Entrails Ripped from a Virgin’s Cunt,” and “She Was Asking for It,” are given the green light treatment. Black Sabbath, whose front man Ozzy Osbourne has no small legacy of putting his hands on his wife, Sharon, recently announced an Australian tour and there has been no backlash, as of yet. Motley Crüe performed five dates in Australia this past spring, despite drummer Tommy Lee’s well-documented violence against Pamela Anderson, and lead singer Vince Neil’s 2011 arrest for battery against an ex-girlfriend. Slash of Guns N Roses was allowed to perform half a dozen shows on the continent earlier this year, his 1999 arrest for spousal assault notwithstanding.

GetUp! asserts that they’re using Chris Brown to send a message. But that message seems to be a racialisation of domestic violence targets – and that message is underscored by the participation of the Australian government. GetUp!’s petition against Chris Brown stated: ‘We’re speaking out against Chris Brown because his casual visit our country would have enormous symbolic significance, which will only be amplified by our silence. By turning a blind eye to his tour, we send a message to survivors of family violence that it’s not that important and that you should just get over it.  If we stand by and do nothing while he performs around the country (even if we don’t have the faintest interest in Brown’s career or pop music in general) we are implicitly sending the message that if you brutally beat a woman, in a short amount of time you will be forgiven, or even celebrated.’

Parsing those words, it seems clear why Brown would be denied entry. There’s no room for redemption in GetUp!’s position. But the statement obfuscates GetUp!’s seemingly selective (and race-driven) targeting. And it doesn’t jibe with the official position presented by Australian immigration officials who state very clearly that committing an act of domestic violence is grounds for exclusion. It’s okay to agree (or disagree) with the Australian government’s presented stance. It’s even okay (but limiting) to advocate for the perpetual demonisation of perpetrators of violence against women. And it’s possible (with some mental contortion) to understand the call for a referendum on all artists with questionable subject matter. But it’s not okay to let the execution of governmental policy to be driven by race. And given the facts, one truly has to wonder if Australia is judging these acts by the contents of their character, or the colour of their skin.