it’s dude time: the absence of women in sports coverage 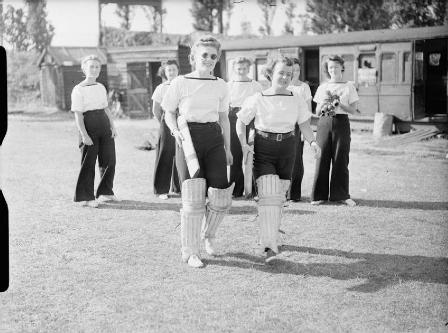 Last year, more people watched the women’s FIFA World Cup on TV than ever before, with over one billion viewers tuning in worldwide over the course of the event. The record figures seemed to be indicative of women’s rise towards parity with men in televised sports coverage, but recent studies performed by the University of Southern California indicate that coverage of women’s sports has remained dismally low over the past 25 years.

It’s Dude Time! the study led by researchers Michael A. Messner, Michaela Musto, and Cheryl Cooky found that women were actually covered less in media in 2014 than they were in 1989. Less than 1% of network television coverage was given to women’s sports in 2014, while ESPN’s SportsCenter only gave women’s athletics 2% coverage.

Simultaneously, men’s sports coverage of the Big Three – football, basketball, and baseball – has increased, up to 74.5% from 68% in 2009, even when no actual games are being played.

Messner, who teaches Sociology and Gender Studies at USC, argues that it demonstrates the unevenness of social change, stating:

“We’ve had this incredible explosion of girls and women going into sports in the last 40 years, and we’ve seen some improvement in the last 10 years in live TV coverage of some women’s sports, like college basketball. What’s puzzling to us is that the increased interest and participation in women’s sports has not at all been reflected in news and highlights shows.”

The enactment of Title IX 1972 sparked a dramatic uptick of girls and women’s involvement in athletics programs across the US. According to data compiled by Ohio University’s Athletic Administration program, high school girls’ athletics grew by an incredible 34 percent over four decades. In the 2013-2014 school year, over 3.2 million girls participate in high school athletics. Yet, despite this huge growth in participation, coverage of women’s sports has dramatically decreased over time.

The researchers noted that this decline has been disguised by the relegation of women’s sports to the widely ignored, and highly invisible, scrolling ticker near the bottom of the screen. This allows the sports anchors to focus their attention almost entirely on men’s sports, literally to the margins of the screen.

Paired with the decrease in screen time, researchers also observed that women’s coverage is sexist. All too often these women are objectified, or idealised for their ability to juggle their position as athletes with their roles as mothers, girlfriends, or spouses. All too often, their gender identity takes precedence over their status as athletes. No different than Hollywood actresses on the red carpet, female athletes are frequently asked about their weight, clothing, hair, and love life, rather than their athletic accomplishments.

In an interview with Quartz, Messner confesses that this data wasn’t terribly surprising, but what he did find puzzling was the disparity between the huge growth of female participation in comparison to the stagnation occurring in women’s sports coverage. Quartz notes that the decline in coverage correlates with the increased emphasis in gender respectability politics. He implies that women have been covered less, because sports announcers are no longer allowed to turn them into them into sexual objects with impunity.

His colleague in the study, Cheryl Cooky, agrees, adding that while feminism has freely pervaded many aspects of pop culture, the same has not yet been accomplished in sports. She notes:

“In the past couple of years, there has been a lot of championing of feminism in popular culture: Feminism is no longer the ‘F’ word. Beyoncé, Taylor Swift and Emma Watson are just a few of the entertainment celebrities who are visible in the spotlight and are advocating for feminism. They are claiming the identity in ways that are unapologetic, and we have not seen that in the sports world. There are moments in sports, but it is happening in small scales and doesn’t have as much visibility and outreach.”

Sexism in media manifests for female athletes in countless iterations – too often respected only when they fit the roles men find them most familiar: sex object and caregiver. Studies like this suggest that even after 25 years of research, men involved in networks responsible for sports coverage still struggle to see women as something other than the stereotypes of their gender identity.

One thought on “it’s dude time: the absence of women in sports coverage”