on the run, on my own: meeting other solo travellers I’ve found one of the best things about travelling is that even in the oddest of scenarios, like spending time on a mango farm about a half hour drive from the nearest town, you find people you have lots in common with.

Ashley, Jess and Rosy are fellow solo travellers and they kindly agreed to answer a few questions about their experiences for this fortnight’s column. 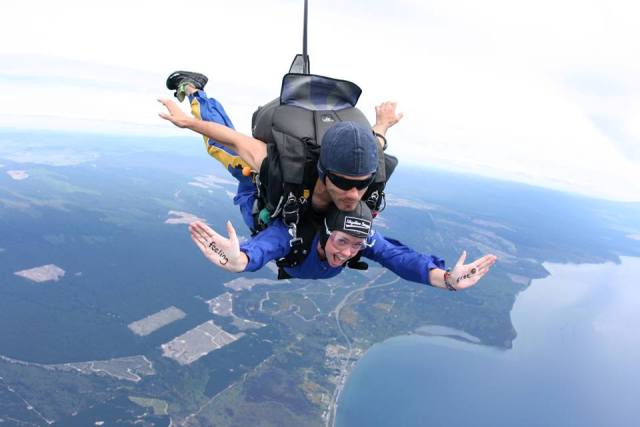 Why did you decide to travel?
I’ve always wanted to travel the world as I was inspired by my grandma who travelled too. My granddad didn’t like flying so [my grandma] always went on her own, doing tours and meeting family and friends all over the world. She inspired me to see the world and I know she’d be proud of my adventures.

Where’ve you been?
Dubai, Thailand, Australia, New Zealand, Cambodia and Vietnam. My favourite was probably New Zealand because it gave me the chance to embrace my adventurous side and live on the edge. And I also did the things that I never thought I’d do like white water rafting, climbing glaciers and a sky dive.

What’s the thing you’ve enjoyed the most?
Being free to do whatever I want and decide to go wherever I want to go.

What’s the hardest part of travelling alone?
The hardest part of travelling alone is probably not having the real friends and family when you go through the bad times. There are some times when you’re literally doing everything on your own, which can get a bit difficult. Also going through fears on your own; stuff like fear of flying or losing your passport or money, things that every traveller probably worries about, but not having the support system you have at home to help you deal with it.

Where do you want to travel next?
Well after I finish on the mango farm, I’m going back home to Liverpool for a job as an art and design teacher. I’m going to use my second year visa to come back to Australia to travel the West Coast and Tasmania. Then I want to go to Fiji, Malaysia, America and then Europe. 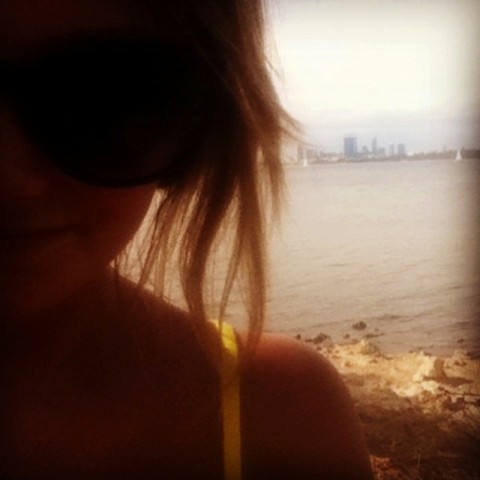 Why did you decide to travel?
I used to work as a holiday rep and when I finished, I realised I still wanted to travel but I wanted the freedom to choose where I went instead of having it picked for me. I worked in Rhodes and Cyprus but I decided to come to Australia because I’d been here on holiday (my brother and uncle live here) but I wanted to see more of it.

Where’ve you been?
Perth, Cairns, Mission Beach, Port Douglas, Margaret River, Darwin – I’ve only been in Australia since March so after my time on the mango farm I’m going for a family reunion in Perth and then I’ll be doing the East Coast.

What’s the thing you’ve enjoyed the most?
So far, I liked seeing the Daintree Rainforest and Cape Tribulation. I also loved white water rafting on Tully River because I got to do it with my brother and his girlfriend and it was something I’d never done before. I love Perth because it’s got great nights out and watching the sunsets on the beach are amazing.

What’s the hardest part about travelling alone?
It’s easy to miss familiar faces when you’re out here. And when things happen at home, you feel helpless and it really brings home how far away you are. Also not being able to have a bath! Why did you decide to travel?
Ever since I was younger I always knew that I wanted to travel because I’ve always been active and I love seeing new things, but I never knew how to act upon it.  When I finished my last sixth form exam I thought, ‘Shit, what am I going do?’ I hadn’t applied for uni because I like lots of things but I don’t have one thing that I’m passionate for. And, actually, I guess that’s why I went travelling but I’ve not found it yet! I just don’t see the point of spending lots of time and money on something that I didn’t feel passionate about. I’d only be doing it for the social side which, well, I think I’ve more than experienced that with travelling!
I wanted the experience of Australia, not just the people but the nature. I’m not very academic but I’m creative and active. I booked my ticket and was on the plane before I could think about it. It’s a once in a lifetime opportunity and there’s no time to be scared or regret any of it. I’m lucky to have a really supportive and proud family but when I first told them my mum was a bit like ‘Pardon?!’ but when she’d got all the details and seen that it was legitimate, she was fine.

Where’ve you been?
I landed in Brisbane and then I got a travelling photography job that flew me out to Tasmania. When I got a decent amount of money, I flew out to Adelaide and did a tour of the Outback which is still probably the best week of my life. Then I flew from Alice Springs to Cairns and did the East Coast for a month with a Norwegian girl I met on the tour. We then travelled to Sydney together. I have an aunt who lives in the Sutherland Shire who I spent Christmas with. It was nice to chill after travelling for so long.

What’s the thing you’ve enjoyed most?
The Outback Tour because it’s what I imagine Australia to be like. I came out here for the red dirt and the animals and the difference from England. I love Sydney as a city but I live so close to London, I wanted a different experience and you can’t get more different! I also loved meeting the people from all over the world on the tour. I met so many different people from so many different countries and it was great to learn about their different cultures.

What’s the hardest thing about travelling alone?
I’m a positive person and always try and turn bad situations into good ones. I’m extremely close to my family and friends and I miss them so much but being away from them has made me realise how much I appreciate them.
I have the worst sense of direction so it took me a while to understand Australian bus and train systems and it was a nightmare trying to find anything! I must have looked like a lost puppy with my backpack on the first week here. Luckily, I’m not shy or afraid to ask for directions!

Where’s next?
After the mango farm, I’m flying back to Sydney and my roommate and I are driving to Melbourne to do the Great Ocean Road. I think I’m going to be based in Sydney and get a job to get enough money to get to the next place. Travelling has taught me never to plan but to just have a sense of what you want to do. I think after Australia I’ll do New Zealand, Fiji and then Asia. Base in Sydney – work, get enough money, do New Zealand, Fiji and Asia. I don’t want to go to uni because I’d rather see Rome, Paris, Turkey or Egypt than be stuck studying something that I’m not 100% sure on. And then we’ll see where’s next. Everywhere and anywhere. I don’t want to stop!