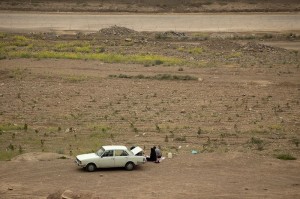 Iran is ditching free condoms and government-backed vasectomies in an effort to address the country’s aging population and low birth rates.

For two decades the nation has successfully lowered their birth rate. But larger families are now being preached in an effort to promote a baby boom. The Iranian government are even offering gold coins to families with newborns.

The giving of gold coins is a tradition in Iran. On special occasions such as weddings or birthdays, family members are given a coin. The average gold coin, produced by the Central Bank of Iran, weighs just over eight grams.

In addition to this, the government have already extended maternity leave to nine months, as well as introducing a two-week paternity leave.

The nation’s dwindling population is at an all-time low. If the birth rate doesn’t rise, numbers may sink to zero in twenty years.

However, many believe that the incentive will fail. The country’s economy continues to deny families the ability to buy homes and meet financial expectations. With inflation at 36 per cent, many find it hard to consider the expense of a child on top of everything else, and a gold coin will do little to ease the burden.

Hossein Masoudi, a 43-year-old father of two, says that economics are the reason he doesn’t plan on having more children.

‘It’s not logical. They need housing, education and a lot more. I barely make ends meet. Instead of having more children, my wife and I prefer to focus on giving our two children better education and improving their quality of life.’