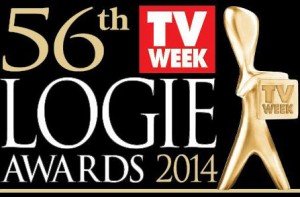 As the Logies nominations for 2014 were released last Monday, I could almost hear the collective scorn with which these awards are often received boiling up in anticipation of the awards night itself. But, I have a confession to make: I watch the Logies every year.

Although I try to pass myself off as a discerning media consumer who would not fall for such a cheesy, commercial event, it fills me with pleasure to settle in for the night and observe the ceremonies. Although several Logies moments have made me cringe (most notably Karl Stefanovic complimenting his wife’s ‘ass’ in his Gold Logie award speech in 2011), I choose to largely ignore all the social media whining about how silly they are—sure, it’s not the Oscars, but Australian television can be really great and that should be recognised often.

The Logies provide an opportunity to take stock of what is appearing on Australian screens. Earlier in the year, the AACTA awards recognised excellence in television, with many of the same nominees (and possibly winners). These are industry-based awards, with no ‘Popular’ category like the Logies. However, the Logies seem to get more attention and are devoted entirely to TV, so it’s worth considering who and what is nominated.

Taking a look at this year’s list, there is a lot to be positive about. It shows a range of quality drama series, many of which are shown on free-to-air television— it is great to see the serious drama is not all locked away on Foxtel. The ‘Outstanding’ categories are where the quality of Australian television of late really stands out.

Particularly exciting, in my opinion, are the nominations in the Outstanding Drama Series category. To see the calibre of Australian drama in recent years is heartening: we have many stories to tell and great actors to tell them, so home-grown television should be valued. My personal pick is The Time of Our Lives, a drama series starring an amazing cast including Claudia Karvan, William McInnes and Justine Clarke. With crossover in cast from Love My Way and Secret Life of Us, it was exciting to see a show like this on our public broadcaster.

Another particularly worthy nominee in the  Outstanding Drama Series category is Redfern Now. This has been a groundbreaking program that has tackled a range of issues and displayed some serious acting talent, and has brought stories about Indigenous Australians to the small screen. This is promising development, as Australian television has often failed to reflect our cultural diversity. Redfern Now is only one show and has a very particular style, but it may be a sign of exciting times ahead.

Of course, the Gold Logie is what everyone (okay, maybe not everyone) really cares about. Here’s hoping this year’s Gold Logie won’t be spoilt early as it has been in recent years. My personal pick is Essie Davis, who stars as the lead character in the ABC program Miss Fisher’s Murder Mysteries (as a Tasmanian, I should declare my bias). A 1920s flapper and part-time freelance detective with a quick wit, fierce independence and decadent style, Miss Fisher is a fun character that is unlike any other on Australian television at the moment. It is great to see a female lead character that is clever, a bit devilish and not entirely based around her family, which seems to be where a lot of the female roles are in television. If not Essie, perhaps Asher Keddie will take out another win. Keddie has played Nina Proudman on Channel Ten’s Offspring for three seasons now, and her portrayal is a clever blend of serious and comic that deserves recognition.

This is only a small sample of the nominees (which seems to be very ABC-centric), and the full list can be found here. Even if you think the Logies are a scam or lame night only for TV tragics (guilty), why not take a look at the list and make your own conclusions about the state of Australian television?