a man walks into a bar: review 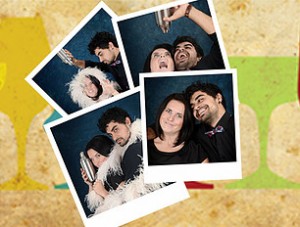 Sydney’s Kings Cross was once a happening party district, but with the lock-out laws still in place, late-night boozing just isn’t a thriving business any longer. Kings Cross is now almost a ghost town, and the city itself is in need of new and exciting ways to keep the party going. This is why, I believe, many drinking venues have branched out into other areas. Take The World Bar, for example, which has been dipping its toes in the theatre business for the past few months. I’ve written a few reviews already of shows that have been on at the Blood Moon Theatre, nestled within one of World Bar’s bumping underground dance rooms. Here’s another one:

A Man Walks Into a Bar, written by New Zealander David Geary and premiering for the first time in Australia, is on now at The Blood Moon Theatre until the 7th of May. Director Andrew Beban, the Creative Director of Off The Avenue Productions, works with actors Chris Yaacoubian and Nina Marsh and musician Sam Newtown to create a bubbly and original night of theatre. A duo of sisters, Emily and and Isabella Sigglekow, are the masterminds behind the design and layout of the small and intimate stage.

It’s best to arrive early for this one (7pm to be exact) so that you can catch a half hour set of singer-songwriter Sam Newtown and his acoustic crooning and swooning. The low light and soothing sounds are a world apart from the dingy streets outside and it’s a pleasant surprise to step into this whole new space amidst the grind of the struggling Kings Cross district.

We are also surprised when two audience members join Sam on stage in an immediately fluent fourth-wall breaking moment. What follows is a jumbled and eclectic series of events, jokes, and sing-a-longs. At times we are let in on a secret relationship that is brewing between the Man and the Woman on stage, but we are pulled out of the moment as quickly as we are pushed into it. The result is that the audience is aware that there are only loose threads holding the characters together, and they are woven together with an over-use of the classic “a man walks into a bar….” joke. Both the Man and the Woman are enthralled by telling this joke in every form imaginable, but they keep getting distracted and pulled towards each other, in both their present, past, and future selves.

A Man Walks Into a Bar is definitely an interesting take on classic and well-known scenarios; happenings, which, at first look seem meaningless and bland. But with further observation, stories begin to unfold, and richly intimate moments escape from their cages. So, when a man, or a woman, or anyone really, walks into a bar; we just cannot assume who they are and why they are there, we can only wait, watch, and listen for what will be revealed.

I walked back into Kings Cross once the show ended and wandered the slowly dwindling nightlife that once was a haven for illegal activity and endless parties. In the dark and tense moments of lock-out laws, traffic congestion, and fear of losing the position as one of the best cities to live in the world, the lights that shine on in the blackness are the sparks of creativity that live on and grow no matter what. The Blood Moon theatre has positioned itself as one of these sparks, and Kings Cross has another thread to hang on as the city moves forward into the unknown.