q&a with isabella and emily sigglekow

If you’re looking for an exciting new theatre space to check out and the chance to see an internationally acclaimed play, look no further than A Man Walks Into a Bar, premiering on April 21st and running until May 7th at the Blood Moon Theatre in Sydney. Written by New Zealand born playwright, David Geary, the production features an all-Australian cast of actors, musicians and designers. To top it all off, Australian country, alternate and folk musician, Sam Newton, will perform a half-hour set before every show.

I had a chat with the team behind the production design for A Man Walks Into a Bar, Isabella and Emily Sigglekow, a pair of sisters who are passionate about their work and the premiere of this show in Sydney.

Could you tell us about your careers so far in design and theatre? 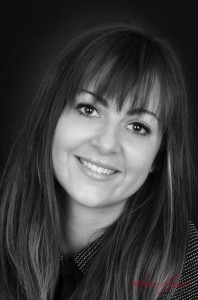 Isabella:  I began working at my local theatre company, The Hunters Hill Theatre, a couple of years ago. Here I began work on my first theatre production as a set painter, painting the backdrops and floors. I then moved onto prop making and sourcing, as well as being more involved with the construction of the set for the following show. I have this year begun designing the set for the next production. As well as this, I have worked as part of the Art Department on a couple of short films and feature films. I studied Spatial and Graphics design at UNSW Art and Design and whilst I enjoyed this, I have always been passionate about the practical side of design. After working on theatre productions I know this was my passion and so have since began studying Live Production Design at the Enmore Design Centre, where I am able to study my passion. 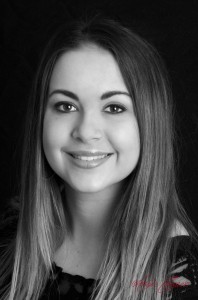 Emily: I started working at the Hunters Hill Theatre as a 17 year old still in High School. I worked as an assistant to the wardrobe department where I strived to learn as much as I possibly could about the world of theatre. Since graduating from High School and now studying Live Production Design at the Design Centre in Enmore, I have slowly worked my way from being the assistant at Hunters Hill Theatre, to the designer, now working on designing my second production with them. Last year I was the production designer for an independent Australian feature film You’re Not Thinking Straight directed by Luke Sullivan, which allowed me to design both set, costumes and props for the first time. This year, joining the team at Off the Avenue Productions I am able to co-design four incredible upcoming plays and tackle new and exciting challenges which come with each and every job.

Could you tell us about the upcoming show A Man Walks Into a Bar?

Isabella: A Man Walks Into a Bar is a unique, original and refreshing play about two individuals in a bar. These two nameless people were once lovers, yet also encapsulate any two people who may be in any bar in any place. It is formerly humorous, heartbreakingly honest, relatable to everyone whilst being specific to no one. It was like no play I had ever read and on my first meeting with the director Andrew Beban I was captivated by this quick passed, witty yet sobering tale and am so excited for the public to see it. The play is made up of ‘a man walks into a bar’ jokes, and through these a story is told of love, lose and life.

Emily: A Man Walks Into A Bar is comedic New Zealand Play that has the power to make you cry, laugh and reflect on life all at once. A Man Walks Into A Bar is based on a couple who reflect on their life and past relationship through a series of satirical ‘A Man Walked Into A Bar’ jokes that we all know and love. Behind the satire, however, the audience is shown the truth about the heartache in the couple’s lives, and the problems that so many of us can relate to. From the beginning of this production, the audience is transported to a bar, which could be anywhere, at anytime, in any year, with anyone. It’s a play for everyone and anyone to enjoy!

What is your role in the production?

Isabella: I am the co- set, prop and lighting designer, and the co stage manager for the play. Along with my sister Emily, I designed the set for the play. We then sourced items for the set, as well as made many of them ourselves. Once the set was designed, we created the lighting plot to work with the set and play.

Emily: In this production, I am the co- set/prop/lighting designer, along with Isabella Sigglekow.

What excites you most about working on this project?

Isabella: What excites me the most about being apart of this project is being able to be so hands on in all aspects of the design and construction of the set. Being so young and still studying, having the opportunity to design a set and watch it come to life, and then to have it on display for people to see is truly amazing and I know that I am so fortunate to have this chance. Getting jobs in the design industry in Australia is tough at best, especially at my age, and being the co designer is a privilege and one I know I wouldn’t have gotten without the belief Andrew had in me and his trust and willingness to allow myself and Emily to be apart of this amazing Production Team. He has believed and trusted in us every step of the way, regardless of our age and his constant encouragement and confidence is Emily and I have truly been priceless. I am so excited to be apart of his production team and the opportunity he has given us has been the kick start we so appreciate for our careers. Having put so much hard work and time into this project, I am beyond excited for opening night and am so enthusiastic for the coming shows.

A Man Walks Into a Bar is so original and I am very excited to be apart of a show that is unlike any other show I have seen. I truly believe people will love the show and each and every person will take something different from it.

From the very first time I read the script, I knew that this was going to be an amazing production. Throughout the first read, I was addicted to the play and couldn’t wait to start working on the designs. The play is so captivating and relatable, and being able to work on something that I am so passionate about is a joy! Being able to work with such an amazing team is also always a pleasure, and makes the job fun and exiting.

Having the opportunity to work for a production, as a designer at such a young age is such a rare opportunity, as experience is often wanted, however rarely given. Also, still being a student presents its own restrictions, and is often seen as a negative to prospective clients. Andrew Beban has been a gift for both Isabella and I for the opportunities he’s given us, and the faith that he has put in the both of us. Not only has he given us the opportunity to be seen in a professional setting, but he has also had so much confidence in us and our abilities, which have most certainly kick started both of our careers, and pointed us in the right direction. Being able to be so involved not only in the design process, but also the process of building and sourcing props, has been a pleasure, and is one of the most exiting parts of being a part of this show. It is an exiting job not only for what is going to be seen on the stage, but also for what is happing behind the scenes.

Also, having a New Zealand background makes me proud to be able to work on play from a part of the world, which I feel is so often overlooked.

What have been the biggest challenges in working on A Man Walks Into a Bar?

Isabella: The main challenge with this project was the size of the stage we have to work with. It is very small and so we were set the task of designing a space that was not cluttered or overpowering. The play is fundamentally about the people and their stories and the set is there to aid them. This mean the set had to be minimal yet not sparse. It needed to be detailed yet not distracting, and it needed to set the tone for the play.  Many of the key items of the set were hand made to be conceptual pieces rather than literal ones. We wanted these items to convey themes in the play and to highlight specific important details. Although this was the most difficult restraint, it was also an amazing opportunity to create props from scratch and gave us a lot of freedom with out designs.

Emily: One of the biggest challenges for the design of A Man Walks Into A Bar has been the restraint of the theatre. The theatre space we are using is quite small, which calls for a simple and clever design. We wanted to utilise the space as much as possible, however where also aware that putting too much on the stage would result in a cluttered design.

The second (and possibly the biggest) challenge has been the fact that the set must be bumped in and out for every performance. This means that every furniture item and prop must be able to be easily moved and stored in a van after every performance, and then re-set for the following. Although this has been challenging, it has been a learning experience for all involved!

A Man Walks Into A Bar will premiere 21 April – 7 May at the Blood Moon Theatre in the World Bar in Sydney. For tickets and more info, click here.

One thought on “q&a with isabella and emily sigglekow”