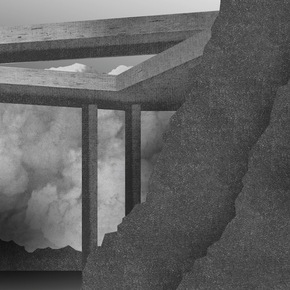 To be honest, before writing this review, I knew absolutely nothing about Frankie Rose. It was only after listening to ten minutes of Herein Wild that I realised that I had done a disservice to myself.  Rose’ second solo album is the sonic equivalent of clear blue skies and that fancy candy floss they serve on desserts at classy restaurants. It is a legitimate delight to listen to.

Album opener, ‘You For Me’ is indie pop perfection in its commanding introductory riff and rock-pixie-princess vocals and is currently making a late play for a spot in my top ten songs of the year. The album then continues in this vein of delicate, whirling nostalgia. ‘Street of Dreams’ is all haunting “ooohs” and recalls 80s sci-fi, a la ‘Streets of Fire.’ And by god, if your summer mix doesn’t feature ‘Sorrow’, then your lazy afternoons by the pool are going to be tragically lacking in Sophia Coppola-esque longing.

Album closer ‘Requiem’s touch of brass sees it resonate with the kind of gentle sincerity that made the likes of Belle & Sebastian’s The Boy With The Arab Strap re-listenable beyond the coy lyrics. It’s unashamedly twee, but Rose’s wistful vocals imbue it with a strange kind of polished candour that had me underlining it as an album highlight.

Herein Wild is sentimental and at times seeming to straddle the line between endearing and soppy. This is seen on ‘Cliffs As High,’ which employs a soaring string arrangement that echoes old Hollywood mawkishness. But it never surrenders completely to these tendencies – the buoyancy of tracks such as ‘Heaven’ keeping the album from sinking into a maudlin rut.

My only other criticism is possibly not even a criticism. At times the album seems to fit too neatly in the indie/dream pop genre – meeting every expectation in an exceptionally refined manner, but never offering any great twists or surprises. But the question of whether this is a strength or a flaw becomes slightly irrelevant when the familiarity encased in songs such as the aforementioned ‘You For Me’ plays out in such an artful, genuine way.

Rose isn’t a rookie by any stretch. She’s done her time in acts such as Vivian Girls, Crystal Stilts and Dum Dum Girls. But regardless of how or if you know of Frankie Rose, ‘Herein Wild’ is evidence that she knows how to craft definitive indie pop that’s worth seeking out.