let’s stand up against funding cuts to the arts 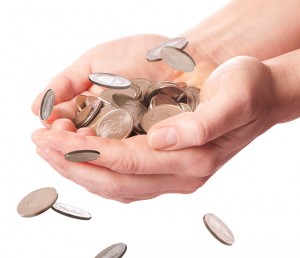 Friday the 13th of May was a bad day for arts organisations in Australia. All over Twitter were bursts of emotion like fireworks – pledges of people subscribing for the first time to the likes of literary journals ‘Meanjin’ or ‘Voiceworks’, in a show of support after announcements of cuts to funding. If you aren’t already involved in the literary or arts scenes of Australia then these are probably organisations you haven’t heard of – but to emerging writers with fledgling talents, they are a means of nurturing their skill and passion. More than that, they provide empirical support in the form of fellowships and awards, as well as access to a supportive community, and, most importantly, they give emerging artists a voice.

These might seem like minor accomplishments but to many marginalised creative people, these opportunities are an important lifeline. Take, for example, literary journal ‘Overland’, which has long provided a platform for the voices of asylum seekers and refugees, which announced only a week ago the introduction of a writers residency for single mothers. Today, ‘Overland’s’ social media channels are overwhelmed with despondency for its fellow literary organisations, and indeed the future of literature in Australia.

For the sake of full disclosure, I am not a writer. Not a professional one, anyway, and not a very good one. It is not because I am not passionate about it – on the contrary, it is one of the strongest passions I have. But when I was in high school and told my family that I wanted to be a writer, I was told that art was only a career for the very wealthy. I accepted this as most people accept there are things they will never be able to do – become an astronaut, or own their own fleet of planes – but in time I began to wonder at the ridiculousness of it, that such a simple pleasure could be considered so far out of some people’s means. I know this is the reality for a lot of people in a lot of careers – people in far more desolate positions than myself; I am well aware of my privilege – but the fact remains that nobody will blink an eye if you say you cannot afford to be an artist.

Why is it that people are so ambivalent – or in some cases, downright opposed – to the idea of artists getting paid to create art? Is it because we think that it is easy – that if we just put aside some time, we could be the next Emily Dickinson, the next Shakespeare, or the next George R. R. Martin? Never mind the years of reading and research and mentoring. What many people might not realise is that most writers – save for the very most well known – have day jobs just like everyone else (so go on, write your novel). According to a study by Macquarie University, the top 25 per cent of Australian authors earn between $4,900 (poets) and $16,500 (educational authors).

That means that the other seventy-five per cent of artists earn less.

I think part of what vexes people regarding the funding of the arts is simply the idea that people are being paid to do something they enjoy. In my opinion, that is a fair comment – why should the majority of people be working 40+ hours a week, sans commuting time, in jobs they hate? Surviving like cockroaches between the cracks, hungry for every coffee or cigarette break or fire drill. That is not really living, yet the possibility of any other way is confronting. But the devaluation of the arts is, fundamentally, connected to the culture of work in which we exist. It is the pervasive and insidious idea that our worth as people is dependent upon how favourably we can perform on the economic ladder. Art does not make money and therefore it must be worthless – just like how if you make no money or not enough, you are also worthless (or so it might seem). Never mind the fact that anybody who has ever read a book (or watched a movie, or listened to music) has probably benefited from the effects of arts funding.

This isn’t an idea that will sell. In the age of ever-soaring house prices, of carcinogenic everything, of corruption and war being blasted to us constantly from Facebook and Twitter feeds – this generation cannot afford to be wistful, and this theory is as much idealism as it is cynicism. But somewhere within, we do care that we are perpetuating a system that we do not believe in. Victoria is the state that slammed down Operation Fortitude mere hours after it was announced. The state that has defied the Federal Government’s opposition to its safe schools initiative, and carried on with it anyway. This is the country that raised $60,000 for Duncan Storrar – not because we believed that he was any better or more deserving than anybody else (he admitted himself that he has made mistakes), but because for a moment his unadorned words cleared away the cobwebs. And because we wanted to send a message that there are a lot of us, and that we are getting tired of this.

When I clicked out of ‘Overland’s’ Twitter feed in a fit of despair, one quote stuck with me, from a petition to the Minister for the Arts. ‘Democracy is founded upon reflection, civic participation, and hope. Art provides space for all of this and more.’ Art gives us a vision of how things could be – without language; we would not even have the words to think in. The problems our society is facing – wealth inequality, poverty, human rights abuses, and general despair – are not specific to a group of people and cannot be linked to a single perpetrator or political party. Similarly one person alone cannot resolve them, but by a vision we must craft carefully in cooperation. Art enables us to express ourselves – our dissatisfactions, and our ideas for improvement. More than that, it enables us to connect with one another, and to empathise. We can stand up right now and say that we object to this. That will be our true strength in the years to come.