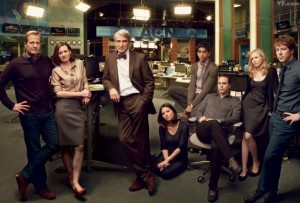 There’s something about television that differs from other types of narrative. It’s not like a film, that’s over in 90 minutes, or like a book that you can inhale in a night or meander through across months. Instead it’s like a throwback to serialised narratives in journals from the 1800s, a Dickens-esque approach to storytelling that pulls you in. Baits you, hooks you, and keeps you dangling for the next instalment.

I watch a lot of TV. Like a lot a lot. I consume narrative, characters and words like some sort of large, story eating monster, knocking down buildings and rampaging bookshops and video stores (because yeah, I still go to those – the Blockbuster near my house is awesome). And really, what better way to feed a beast than with a buffet? Like steam reading a seven-part novel series or a season or five of a new show.

That said, I can’t watch a show with blinders. I can marathon three seasons, but then tend to deconstruct and compare. I pull off my story-monster outfit (my pyjamas in front of the TV) for my feminist hat (my glasses and my jeans in front of my computer), because at the end of the day the role of women in TV has been a long haul and a perpetual shift. A slow burn towards autonomy and agency that’s ongoing. These roles are still changing of course, but they’re branching out from mother, daughter, and lover, out of tokenism in cop shows or office dramas and are starting to represent interesting and diverse varieties of people. In many cases, it’s exciting to watch, but in others I’m reawakened to the fact that sexism and misogyny are still so, so prevalent in the representation of women on TV, and, two glasses of wine later, it becomes all I can talk about.

My housemate and I have been watching The Newsroom lately, and it’s a funny thing to talk about because, as a show, I like it. It’s chock-full of witty dialogue, fast-paced intellect and a slew of interesting and compelling characters. That said, I will be the first to say that it has a woman problem. Spoilers ahead.

Will McAvoy is a jaded, bitter news anchor, affable to the public and detested by his staff. After a very public meltdown which results in more than half his staff jumping ship, Will’s boss, Charlie, puts the ‘ex’ back into executive producer by hiring Will’s former girlfriend, Mac, to revamp the show. Meanwhile, the few staffers who stuck around are explored to varying degrees. A heavy focus falls on Maggie, an intern turned PA turned associate producer in the first episode, who’s dating a guy that’s wrong for her and being pursued by the kicked-puppy-handsome, Jim, both of whom she works with.

On paper, there is nothing wrong with either Mac or Maggie. They’re both driven, compelling career women who are flawed, but forgivably so, and in tune with some pretty interesting story arcs. The issue stems from the fact that whilst the women are cheaters, gossips, promoted for the wrong reasons and fickle, the male protagonists seem to be there to educate, rescue or punish, or sometimes a god-awful combination of all three.

A good example of this is episode four, where Will sets out to seduce a woman he later realises is a gossip columnist. He condescends, belittles and verbally attacks her (in that order), and then later does the same thing to a date who says she enjoys reading tabloids. One thing in this episode comes across loud and clear. The news is written, engineered and enjoyed predominantly by serious men and tabloids are written, engineered and enjoyed predominantly by petty, nasty women.

I don’t believe in Mary Sues, or female characters with pithy faults (clumsiness and complexion are not character flaws, Stephanie Meyer), but I do believe in writing male characters as equally flawed (clumsiness and mild social awkwardness are not character flaws, Aaron Sorkin). I believe that if you want a show to represent all parts of an office or a family or a society, you need to, well, represent all parts of a character too.

The Newsroom is far from over. We’re seven episodes into a ten episode season, with another one confirmed for next year. Things can go either way at this point, but I’m hoping this results in writer growth, that they flesh out the leggy background women, give the male protagonists flaws on par with their female counterparts and that they stop punishing Mac and Maggie and the collection of women who star. I want my women like I take my coffee, sweet and frothy, full-bodied and just a little bitter, and I want my men like that too.