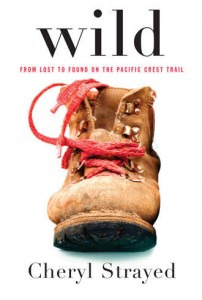 When one feels lost in life, lacking in direction, miserable, one should go on an adventure. I know this thanks to books such as Eat, Pray, Love, Tales of a Female Nomad, Unfinished Business, and A Thousand Days In Venice.

Adventures are transformative. Especially if they are difficult and involve travel. They’re particularly good after a tricky divorce.

It’s common knowledge now. It’s like Freud’s five stages of grief – when you lose something or someone special you have to go through denial, bargaining, anger, depression, and finally acceptance. The problem is that Freud’s theory is based on nothing but a hunch. There is no evidence. And yet, the way we think about grief and about the way we deal with challenges in life is embedded in his five stages.

The ‘adventures are transformative’ narrative has also pervaded our lives. Perhaps only in this moment of time, where going on big adventures and taking time out of the normal grind isn’t prohibitively expensive, has this idea grabbed our consciousness. Bad break-up? Go to Europe. Need to take some time out to ‘find yourself’? Go to Europe. Don’t have that much money? Go to Asia or something.

Wild by Cheryl Strayed (she chose the name herself) is slightly different as Strayed manages to ‘find herself’ on her own continent. In fact, she finds herself while hiking a large proportion of the Pacific Crest Trail, which expands the entirety of the US West Coast, from Mexico to Canada.

If tragedy and melancholy is the hallmark of the genre’s starting point, Strayed certainly has it covered. Through highly moving prose she details her mother’s drawn out death from lung cancer.

The mother’s story is a particularly sad one. She dies prematurely, despite being the most unlikely suspect. She never lets her children wear mosquito repellent, instead opting for more natural and less effective peppermint oil; she eats organically and loves nature. Strayed remarks before her mother’s diagnosis is confirmed:

I was not going to ask for mercy. I didn’t need to. She was 45. She looked fine. For a good number of years she had mostly been vegetarian. She’d planted marigolds around the garden to keep bugs away instead of pesticides. My siblings and I were made to swallow cloves of garlic when we had colds. People like my mother did not get cancer.

Strayed remembers her mother lamenting that she never got to live for herself – always a mother or a wife or a daughter, doing as others wanted. She went to college in her forties, dying before she was ever awarded her degree.

Strayed does not cope well.  Her grief cumulates into drug abuse and serial infidelity. She divorces her husband and becomes estranged from her family.

Four years after her mother’s death, Strayed decides that she needs a kind of intervention. Something to get her ‘back on track’. That something is the Pacific Crest Trail. She embarks on a several month-long hike through disgusting heat and icy snow complete with toenails falling off and awkwardly placed callouses.

Why the trail? Strayed never makes this obvious. I get the feeling that it could have been anything, the choice was arbitrary. She simply saw a copy of The Pacific Crest Trail Volume One: California and decided that’s what she’d do. Perhaps if she located a book entitled A Culinary Tour of France, she would have been in for a more pleasurable time.

Strayed is heinously underprepared for her trek. She had never gone hiking with only a backpack before, she wore shoes a size too small and didn’t know how to use an ice pick, and she over-packed a large number of heavy and unnecessary items. She writes, ‘why I had neglected to bring a trekking pole, while not failing to bring a foldable saw, I did not know.’ The phrase ‘it never occurred to me…’ is a frustrating mantra throughout the early parts of the book.

Impressively however, she manages to hike the trail (the book would probably be a bit of a downer if she didn’t). She also manages to pull off a good story. One would think that over 300 pages of a woman hiking an incredibly long trail would be boring, but she intertwines her experiences with memories and musings which show a good degree of insight. The most haunting memory is when Strayed, her step-father Eddie, and brother Leif are forced to kill their dead mother’s horse who is old and sick. Leif shoots the horse between the eyes but she doesn’t die instantly and flails about in pain. He has no more bullets. At the end of the traumatic scene, Leif remembers a Native American belief that when somebody dies, their horse should go with them, so that they can travel to the ‘other side’. Strayed prays that this is true.

An important part of Strayed’s story is the characters she meets on and near the trail. People often pass by or are passed by after connecting to Strayed. Her time on the trail involves constantly saying goodbye, and getting used to leaving people who have helped her but whom she’ll never see again.

Strayed goes from a complete backpacking newbie, to ‘a motherfucking Amazonian Queen’ (her words), to healed.

Wild is a worthy and enjoyable read but despite its brutally honest descriptions of grief, guilt, and gratitude it doesn’t considerably distinguish itself from the grand narrative of transformative adventures. This is fine, because the narrative is compelling, pushing readers to embark on adventures of their own. I’m not so certain that they will always find the reawakening these books say they should, or maybe they will simply because life imitates art.