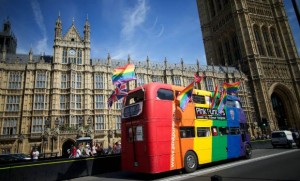 Queen Elizabeth has given her assent to a bill that will legalise same-sex marriage in Britain. The royal seal of approval is essentially a formality after the bill passed both houses of parliament on Tuesday to clear the way for the first same-sex marriages to begin in England and Wales in mid-2014. Before then, lawmakers will need to address various related issues including how the new law will affect pensions.

Same-sex attracted Britons will now be allowed to get married in both civil and religious ceremonies, except in the Church of England, which is barred from conducting the services. Couples currently in civil partnerships will also be able to convert their relationships to marriage.

The British parliament has been debating the bill since January and although Conservative Prime Minister David Cameron backed it, the issue has divided his party.

The new law applies only to England and Wales. Scotland maintains a separate parliament and constitution, and a proposal to allow same-sex marriage is set to be debated in the coming weeks and months. Legislation in Northern Ireland has been blocked by the opposition Unionist parties, raising the possibility for legal challenges in British and European courts.

In an election year, same-sex marriage looks likely to be amongst the key issues for Australian voters. A new Galaxy poll suggests that Prime Minister Kevin Rudd’s decision to support marriage equality may boost Labor’s chances of re-election, however Tony Abbott is continuing to resist allowing his MPs a conscience vote on the issue.