is it ok: to photograph absolutely everything? 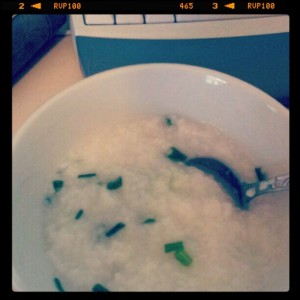 In 2000 my class went on a school camp to Ballarat and we were given a list detailing the clothes to bring, the lollies to leave at home, and what other items were either required, allowed or forbidden. The list was long and strangely specific when it came to clothing, but somewhere in between Driza-Bone and gum boots it was suggested to us that we bring a camera.

Thirteen years ago, or alternatively “back in my day”, this meant rolling up to your parents and asking permission to a) borrow the one family camera, and b) buy a roll of film, preferably with thirty six pictures on it as opposed to the pauper’s twenty four. It was an exciting time, and as an added bonus both your mathematical skills and sense of economics were tested as you worked out how best to ration what you had.

Camp happened. We panned for gold, we wore our Driza-Bones, and we all dipped our hands in candle wax. One week later my family went to the shops and I frustratedly followed my parents around all the aisles, itching for the moment we would go to the pharmacy and pick up the yellow envelope full of potentially blurry, blink-filled pictures.

Photos then went in to slideshows, or school bags, or photo albums. Noone looked at it and said “#whimsy #friends #meal #winterwarmer”. They didn’t take pictures of puddles and write a Robert Frost poem across it in their best handwriting. Leaves weren’t poignant images. They were just leaves. Friends used to go about their days without knowing what everyone else was having for #dinner, and people used to be able to walk past bikes without snapshotting them and adding a Kevin filter.

Well, in some ways, nothing has really changed. Any trip to an op shop will remind you that for a time people used to actually print out their photographs, and then display them in frames saying things like “friendz 4eva”, “Besties”, “Him and Her”, and “Precious Memories”, the main difference being that back then you would have to actually be in their house in order to witness this. It would be a dirty filthy lie if I claimed that my teenage years were completely devoid of Happy House.

Similarly, there were people that would bring in all their photos either in hard copy or slideshow form and make you comment on each one.  Plus, I’m sure there were scrapbookers out there who would lovingly cut up a newspaper to spell out “shall I compare thee to a summer’s day” over a picture of a sunbeam hitting a flowerpot next to their fleeing cat’s tail.

However, outside of this, I just have two questions. Firstly, is the digital era and ease of photo taking cheapening the overall experience of photography and also diminishing our experience of life as we strain so hard to record memories we don’t actually live them, and secondly, WHY ALL THE FOOD PHOTOS?!? Seriously.

I actually think the answer to both questions lie in the same place, though I don’t know whether it is something new, or something that is simply easier now, and as a result more visible. The unifying link between this burst of photography is that underlying desire that people have, where they want their lives to look pretty, fun, free and perfect, and to record it all almost moment by moment.

When once you had 36 photos for five days and had to wait until the roll was done and the pharmacy was open to see the results, now you can take the shot again and again and again until it is exactly right, then send it off to immediately show all of your friends at once.

I don’t know what it would be like if I and the people around me were at this age back in 2000. However, I somehow doubt that you would be loading up the polaroid on a Saturday night, taking a picture of your makeup and outfit, and then riding your bike around to your different friends’ houses and saying “just messing around.” Similarly, it seems unlikely that on the photo album shelf, squashed between “Baby Pics” and “School years” would be a tome labelled “Daily Meals – a detailed record”.

The desire to project the image of a life that is content and idyllic, whatever the truth, would still have been happening – just not on the photographic scale that it is now.  The main difference is that now it is happening at the expense of actually experiencing situations due to the preoccupation with recording things. People aren’t living their lives – they’re photographing their food. It’s weird.

I’m not sure where it is all going to end up another thirteen years from here. Zuckerberg will have probably made his world domination move by then, and be perched uncomfortably upon the Iron Throne whilst everyone born after 1995 will speak exclusively in consonants. Instagram will be connected up to a live feed where you can see what is happening anywhere in the world by tuning in to the appropriate hashtag, and Apple will have copyrighted everything ever, so we will all be drinking iWater in order to sustain iLife. But, that will probably all seem normal, and anyway, when life gets you down, #upload a #picture of #biscotti.