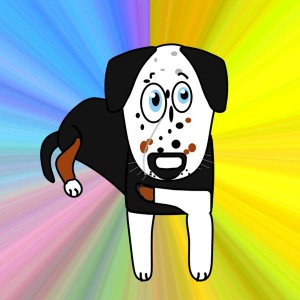 What has happened to the family pet?

All I want is a puppy. I will love it and care for it and name it for its most redeeming characteristic….

My 1973 dog had a damp start to life, being the only pup that survived a dunking by gunny sack in the local creek. Her whimpering cries attracted my Dad on his usual late-night, slightly wobbly walk home from the pub. She came home in my Dad’s top pocket, nestled close to his heart, sleeping soundly. He took her out carefully and laid her on my pillow, whereupon she blinked open her little eyes and regarded her new surroundings. She then curled her little tongue as she executed a cautious pink yawn that closed her shining eyes to crinkled slits.

‘Oh,’ I said, believing I was dreaming, ‘A puppy.’ I pulled her into my warm embrace and woke in the morning to tiny, biting tugs on my hair.

My puppy slept, from then on, in the laundry. While young, she had a hot water bottle and a ticking clock wrapped in an old towel to accompany her. Later, when she was older, it was just a rumpled towel. She drank out of a chipped cereal bowl and had an old leather collar with a metal registration disc dangling from it. Her name, scrawled in texta on her collar, was Sandy; her most redeeming characteristic was the ownership of a pair of sandy-coloured eyebrows. When I asked Dad what sort of dog she was, his reply was ‘a bloody mongrel’, which I heard as a ‘Bloody Mongrel’, with the importance of capital letters and possibly in glitter, with a crown and a wand, as though that was her magical and royal title.

Sandy ate table scraps, was never vaccinated, and though only a ‘sort of’ fox terrier type of dog, in her adolescence, she managed to woo a golden Labrador and form a double dog on the front lawn for ten hysterical minutes. Laughter for me because I had no idea what the fuss was about, and panic for my mother, who hosed them, yelled at them and whacked them with newspapers, but found that two highly amorous dogs cannot be stopped once started. This recreational activity left Sandy impregnated with one enormous puppy. This puppy was born without any medical intervention, despite his enormous size, and when he grew bigger, at his new home less than two blocks from his parents, he chased, caught, and bit the post man savagely. This resulted in his untimely death.

My Bloody Mongrel, whilst on a car trip with my father, was involved in a car accident in a remote area, and while my father was lying in the dark unconscious, she dragged her injured body several miles to the nearest farmhouse and alerted the occupant to the accident that had taken place. As a child I assumed this was in some sort of Scooby Doo language or in whimpers like Lassie, who could always somehow inform people that ‘Timmy is down the well, come quickly.’ Thus, the tiny rescued mongrel saved the life of her saviour and deserved, at the very least, an honorary statue like the famous ‘Dog on The Tuckerbox’ received for, as far as I could tell, guarding someone’s lunch.

The Bloody Mongrel that lived in my grandmother’s street was fat, old, and very kind. His name was Devil, in an ironic twist on my ‘names as redeeming characteristics’ rule, he was quite angelic. Nobody really knew who he belonged to – he may just have been a stray that was surviving using the tactic of lackadaisical grin and charming good looks. When he was at Grandma’s house he got scraps from the dinner table served in a hubcap outside of my grandfather’s shed. Other houses had similar methods of feeding Devil, but nobody knew where he slept. Devil also provided the service of eating your lunchbox leftovers so that you did not have to explain why you could not possibly eat Aunty Joyce’s horrible sultana cake. By the time he was grey in the face and profoundly deaf, Devil was quite the tub of lard. When Devil died, we – the kids of Grandma’s street – staged a funeral of epic proportions for this much loved Bloody Mongrel. After a discussion regarding the logistics of Viking funerals, we opted for burying him down by the creek where we had all spent many happy hours together. He was towed there in a ubiquitous little red wagon wrapped in a pilfered bed sheet. Devil’s makeshift cross and mound of dirt was heaped with cupcakes for him to take to dog heaven, where everything was presumed to be made of sausages, and where dogs ran and played forever.

By the time I grew up, nationally dogs had lost their freedom, and were required to be contained in yards and on leads when out. Backyards were also considerably smaller. The creek bank where a tribe of freedom-loving children had buried a much loved dog named Devil had become the steeply angled sides of a concrete rain gutter; a certain death trap for any child that ventured into it. Where once tadpoles and tiny silver fish had swarmed and where turtles that peeped from under their shells were often mistaken for rocks, was now an angry sea of stormwater that periodically gushed, fast and dangerous, chock full of detergents, plastic bags and shopping trolleys.

In the years since Devil and Sandy roamed the streets, I took a break from dogs and by the time my own children were at that dog lovin’ age, my venture into a pet store turned up nothing that resembled the dogs of my youth.

‘But where are your Bloody Mongrels?’ I cried in astonishment in the middle of the local Pets’n’Stuff.

‘Oh,’ said the shop lady, pointing out the Cockapoos and Shitzoodles, ‘these are not pure breeds, Madam, they are Designer Dogs, not ahem, mongrels!’

From what I gathered, Designer Dogs are for carrying around in large purses, and dressing in fashionable outfits, not for the purposes of splashing through muddy creeks and chasing the postman. As she led me through the aisles that held stacks of expensive Designer Dog foods, it dawned on me that such a creature would never eat dear Aunty Joyce’s sultana cake either. I passed on the DD, and brought home Nintendogs for my rather sedentary, computer-obsessed children instead. I felt like something had been stolen from me and from them. Is it progress, do you think, that has gotten us this far?

In what seems like the blink of an eye, we have gone from a world where dogs and children roamed the streets to one where children are indoors, and are more likely to confront a Nintendog than a real one.

Nostalgia aside, I admit there were problems with the local creek – it did flood on occasion all the way up to Grandma’s doorstep and there was property damage, so the council ‘fixed’ it by turning it into a concrete drain. Flood problem solved. Free-roaming dogs caused just as many problems, and removing them from the streets put the responsibility back on the owners, and the incidence of treading in dog poop while out for an otherwise pleasant walk has been significantly reduced if not entirely stamped out, (pun intended).

I do wonder though, if our altered dog management policy produced one of Eyre and Littleton’s ‘profound social changes’? It seems we have changed our society’s dogs from active community members to urban prisoners. But do these individual changes –like locking up dogs, shrinking backyards, and replacing creeks with cement-lined drains – lead like a row of toppled dominoes to children whose feet never touch the ground between school, home and sporting venues? Or is it coincidental? Did the abduction of a handful of children over a span of some twenty years cause a fear mentality to spread internationally until eventually parents became too frightened to allow their children to roam their own neighbourhoods until the street lights come on? It seems we have changed our local as well as our global social dynamic, so much that when Lenore Skenazy let her nine-year-old son ride the subway in New York alone – a once commonplace activity – it made international news. Communications technology has made the world into a smaller place. We share our news now so quickly that fear spreads in a flash, like a rash on a Cockapoo.

Sue Palmer in her book Toxic Child Syndrome, points out that there has been an alarming increase in childhood depression, neurological disorders and consequent behavioural problems and that this is a ‘global epidemic’. Palmer then goes on to explain that mental health issues are likely to have at least a fifty percent increase amongst children by 2020. Great! Ironically, the application of a large fluffy dog to cuddle has been shown to have therapeutic power for children with autism and has benefits for alleviating depression. Obviously the need for a dog-child connection still exists but instead of having some real face-licking, creek-splashing fun, doctors have reinvented ‘dogs as therapy’ and giant global mega-corporations have taken the concept of ‘dog’ and sold it back to us for $49.95.

Carol Sanger and Eleanor Willemson wrote an article entitled “The Emancipation of Children in Modern Times”, and in that article they said that ‘the child [must] accomplish a degree of separation from parents, [for] the transition to adulthood to advance.’ It seems children have a profound biological need for leaping dogs and creek-sodden adventures in order to obtain the independence necessary to grow up. One wonders what we are doing by swapping out real dogs and life adventures for Nintendogs and Super Mario. It’s no wonder our captive children get snarky and secretive, and storm away from home instead of achieving a smooth transition from adolescence to adulthood. Perhaps we should answer the question posed by the Baha Men in the song, ‘Who Let the Dogs Out?’ with a resounding and heartfelt ‘Me, Me, Me’ and release the hounds upon our neighbourhoods, tread in some shit occasionally and have free-range children once more.

Thank you for the dog movies you brought last year, and the Nintendogs for my DS the year before but I feel you are missing the point. I want a real dog and not a little fluffy one either. I want a big, jumping, fun-loving, face-licking, bed-sleeping, mud-covered Bloody Mongrel and some freedom to splash through creeks, collect tadpoles and come home when the street lights come on. I feel I am making this quite clear, and if there is some kind of dog-shaped, fluffy, animatronic toy under the Christmas tree this year I shall have a major melt-down and all communications with you shall be ceased forthwith.

Palmer, Sue. “Toxic Child Syndrome: How the modern world is damaging our children and what we can do about it”. Hachette, UK. 2010. Print.

3 thoughts on “memoir: from bloody mongrel to cockapoo, shitzoodle and nintendog”