small screen sirens: medical dramas, and why they have no pulse 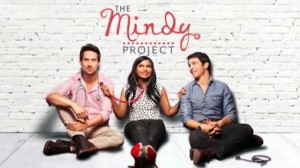 A few weeks ago, I curled up on the couch prepped to watch the premiere of The Mindy Project, a new half-hour medical dramedy written by and starring the always-charming Mindy Kaling. I’ve been a pretty huge fan of hers since the better days of The Office and to see her in her own project, let alone a medical series, a genre that I have a pretty big soft-spot for, was its own kind of thrilling. The thing is though, The Mindy Project isn’t really a medical series. I mean, sure, it’s set in a clinic, and Kaling’s character is certainly a doctor (an OB to be specific), but the focus isn’t on anything really to do with medicine at all. The focus is almost entirely on romance.

Watching the first few episodes really made me think about the genre as a whole, and about the different types of narrative that emerge when a show targets a particular audience. The fact is a lot of medical dramas have entirely shifted the point of drama away from patients, surgeries, accidents and legalities in a tense, life-and-death environment and onto romantic entanglements and make-outs in elevators. With the surge of shows like Grey’s Anatomy, Private Practice and Emily Owens, to name just a few, it seems that dramatic plots and tensions in medical dramas aimed specifically at women have become less about the professional tension and all about the sexual.

On its own, I don’t have much of an issue with this. I thoroughly enjoy a good romance narrative, particularly one with longing looks over bloody bodies and steamy make-outs in doctor’s lounges. The problem is that this narrative isn’t just restricted to a subgenre beneath that great big umbrella of medical television; it’s a feature of all of them. As if writers don’t have faith in their female leads to carry a professional storyline without a romantic entanglement.

Take a show like House for instance. If you’re not familiar with the series, House is about a diagnostics team led by a sullen, drug-addicted genius, House. His team consists of three underlings, Robert Chase, Eric Forman and Allison Cameron, each capable, but emotionally damaged doctors. The show battles trying themes like addiction and dependence, loss of a patient, loss of control, rehabilitation and responsibility and dissects all of these themes well. Only it’s rare that Cameron, the lone leading lady for the first five seasons, is given any of these sorts of meaty storylines to sink her perfectly white teeth into. Cameron’s identity, character development and storylines are predominantly centred on a romantic involvement or interest. Her deceased husband plays an enormous role in her early progression as a character, followed quickly by her interest and sexual tension in and with House and then later by her marriage to Chase. All of this builds the foundations of her character in a six-season long stint on the show.

Grey’s Anatomy is another example. Being only a year younger than House, Grey’s had a very different approach to the field. It was a series about a group of young doctors, predominantly women, and focused both on romance and about, well, being a woman in a field where you balanced life and death on the end of your diagnostic tongue and your scalpel. It tackled issues from abortion to rape culture to sexual harassment to competing with colleagues and friends for opportunities. There was a sense of created family out of the operating theatre, and an intense respect inside it. It was a good show, and more than that, it was woman-friendly. Season two and three though saw a shift in the balance, and suddenly the focus wasn’t on Meredith’s life and the lives of her patients and colleagues, but rather the McDreamy-McSteamy dichotomy, and instead of performing surgeries in elevators, people were smackin’ lips in them (okay, that was also in season one, but the point still stands). Nine seasons in, the series has reached alternately hilarious and cringe-worthy points of unbelievability, and its season one message of awesome ladies doing awesome things in an awesome field seems to be lost entirely.

I’m still pretty unsure on The Mindy Project, and am holding my breath for more instances allowing a strength of character in Mindy (we’ve had a couple, just not enough) and for, well, more medicine generally. I think though too that I’d be immensely more forgiving of TMP if there was an alternative. That I could take Kaling’s fun, romantic, chick-flick series if there was another on TV that focused on a female protagonist with the capacity to lead and thrive in her profession. A show that gave her exciting and diverse plots that only sometimes focuses on who’s pouting with perfect lips and swept hair beside her.