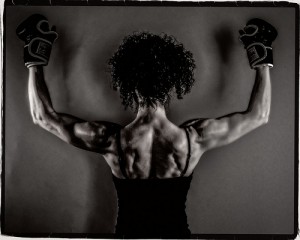 Judging by the think pieces, blogs and professional reviews of the last few months leading up to award season, 2013 was a good one for women in Hollywood. According to writers Versha Sharma and Hanna Sender of Voctiv, movies featuring ‘strong female roles’ earned more than twice as much than movies that didn’t. They used the Bechdel Test on the 50 top films of the year and found that most of them fared pretty well, meaning, they included two or more women who interacted and had a conversation about something other than men. The oft-cited yardstick was introduced by cartoonist Allison Bechdel, and as of a few months ago, is being used in Sweden’s film-rating system.

The Bechdel Test is an important one to keep mind in both Hollywood blockbusters and on small screens. A world in which the conversations between women are either non-existent or only about men are not just boring after a while but also unrealistic. Still, there are some issues with using the test to determine whether roles for women have improved.

The longer I tried to apply the Bechdel test to the movies and television shows I’d seen, the more its limitations became apparent and suddenly the movies I admired were failing. (The Hours? That was out. Conversations about men abound.)

Its third criterion, in particular, is a dig at romantic comedies, which usually deserve derision for being formulaic and stereotypical. What’s implied, however, is that movies about women’s romantic lives can’t or don’t produce interesting and inspiring roles.

To complicate things further, strength is not an attribute that is easily defined. Sharma and Sender are right in that more women on screen are not industry kryptonite and are certainly more complex than ever. But the Bechdel test is not an accurate measure of the strength or those roles – more, how unlike the typical rom-com they are.

The first two rules serve an important purpose. Requiring more than one woman eliminates the likelihood of tokenism. Having these women interact requires writers and directors to find meaningful ways to develop their female characters beyond their relationships with men. However, had the test been applied in 2012, it would have disqualified Zero Dark Thirty in which Jessica Chastain leads an all-male cast.

A woman alone in an entirely male environment is not always an example of tokenism. Films and shows about women navigating the maleness of their environments sometimes require them, for effect or historical accuracy, to underrepresent women. The first rule of the Bechdel test examines representation, but that is just quantitative. A significant female role can exist in a film that is overwhelmingly male in its casting.

Likewise, interactions between women on screen are not necessarily meaningful or displays of ‘strength’.  Black Swan for example, is made up almost entirely of women’s interactions. The ballerinas in Darren Aronofsky’s psychological thriller exemplify female aggression and crushing competition in a spectacular way but whether or not this makes for ‘strong’ roles is debatable. On the small screen, Girls is a good example of women’s interactions with one another, but it also relies on typical passive aggression, jealousy and manipulation as a plot device. That’s not to say that all women on film must be faultless but, if character flaws depend on stereotypes about women and conflict, can those roles be considered progressive?

Most importantly, conversations between women about men are not inherently trivial. They can be productive and nuanced. They can actually be conversations about women, in the context of conversations about men. On its own, the third rule raises some questions. If the female characters talk about men only once does the movie still fail? What if it’s not a long conversation? Must it be about their romantic relationships with men or just men in general? Suppose the development of a female character into a ‘strong woman’ requires her to talk about men with another woman or be isolated from them altogether (which was the case for Toni Collette in this year’s The Way, Way Back)?

Neither Fruitvale Station nor 12 Years A Slave meet the third requirement, but the conversations between its female leads are important. In the former, Oscar’s mother Wanda (Octavia Spencer) and his girlfriend Sophina (Melonie Diaz) discuss Oscar Grant (Michael B. Jordan), but this is necessary to understand the impact his death had on both women.  In 12 Years a Slave, a powerful scene between Patsy (Lupita Nyong’o) and Mistress Shaw (Alfre Woodard) is about their white male owners but it is also about the psychological effects of sexual violence and the intersection of gender and race in America’s plantation system.  This, I believe, makes it strong— and worth watching.

Cult writer, Neil Gaiman, in a recent BBC interview, criticized the use of the knee-jerk use of the term ‘strong female character,’ saying it was misunderstood. ‘People sort of go “Well yes, of course Buffy was a strong woman. She could kick her way through a door.” And you go “No, well that’s not actually what makes her a strong woman! You’re missing the point.”’

What do we really mean when we consider strength and women on the big and small screens? If they are ‘unconventional’, ‘complex’, ‘physically demanding’ or ‘heroic,’ then that’s what we should be saying instead. Girls and Black Swan, then, include strong female roles, no matter how imperfect their characters. The argument can be made that this makes for more realistic depictions of women’s lives.

Sharma and Sender argue for more roles for women in front of and behind the camera. Their analysis is proof that this is profitable. While not a bad start by any means, measuring the depth of roles for women on screen goes beyond the Bechdel test.