where are we going wrong with women in sport? 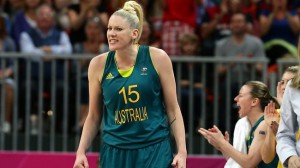 If the back (and often front) cover of your local News Corp paper is anything to go by, sport is big news in this country.

The last few months have been sufficient proof, if anyone needed any more, that a culture of sexism in sport continues to be tolerated – in fact – accepted, in this country. The winner of the worst sexism of the winter so far would be hard to pick. There’s just so much choice: Socceroos Head Coach Holger Osieck’s ‘women should shut up in public’, Swimming Australia President Barclay Nettlefold being stood down for inappropriate comments to several female staff members, and to shoot overseas briefly, commentator John Inverdale’s remark about Marion Bartoli’s appearance as she celebrated her Wimbledon victory.

It’s easy to see these men and others like as manifestations of the somehow still alive and kicking past: they’ll surely be gone soon. And sure, I would argue that, if it weren’t that these men are the powerbrokers of some of the most watched and apparently progressive sports in Australia. What do I mean?

These men hold the keys to sports like soccer, swimming and tennis, all of which seemed to have a cleaner image than the much lambasted NRL and AFL. These are sports where, it was hoped, acceptance of women would come from. It’s not.

Tennis shows significantly higher levels of participation on the part of girls compared to sports such as cricket and AFL (with soccer in between) – and swimming actually showed more girls participating than boys according to the Australian Bureau of Statistics  (ABS). And in a stunning twist, swimming and tennis both have far more equal opportunities afforded to women at peak levels in the sport.

The thing is, it’s well known gender discrepancy begins early in sports. The ABS reported that 70% of boys participated in organised sports, versus 56% of girls. So yes, it’s not surprising that sport quickly becomes the pastime and playing field of men. White men, in fact, since the same survey reports significantly decreased participation of children from non-English speaking backgrounds.

But it shouldn’t be as bad as it is. Prize equity for the tennis Grand Slams was a major victory for women athletes. Women’s swim teams have had equal (or better) results in major competitions in the last five years. As to programming, both women’s tennis and swimming get a much larger share of the airwaves than in other sports, simply because the events are held at the same time and broadcast as part of the same event as the men’s game.

Unfortunately, as the Canadian Association for the Advancement of Women in Sport noted, the increased prize money in tennis has been followed by an unprecedented sexualisation of the women’s game. And if not in the prize money itself, then inequality definitely persists in the expectation of beauty tied to sponsorship opportunities for women.  This, effectively, is what John Inverdale said.

Over in swimming, the culture of male bonding, hazings, and sexual harassment of female athletes was exactly what Barclay Nettlefold was brought in as President of Swimming Australia to fix. Despite swimming being an apparently equal sport, this is all depressingly common. As Sienna Merope writes, ‘that familiar patterns of sexism and intimidation show themselves even in this context should make us pause and reflect on how deeply ingrained misogyny in sport really is’.

What this demonstrates is that the biggest discrepancy in sport is not about girls not playing sports. They do. It comes, of course, from the programming, prize money and attendances of elite level matches, and the masculine dominant culture that encourages and inspires our athletes. So no, tennis and swimming and soccer and cycling aren’t any more progressive than sports where they kick each other more often.

But why does this all matter? Equality in one sport or the other, whatever, right? It’s just a game.

Sport, aside from being generally good for a person physically, also happens to be one of the most defining aspects of being culturally ‘Australian’. It’s one of the most frequent topics of casual conversation people have, and it makes good television. Very good television, actually. The highest television viewer rankings frequently go to sports finals – and not just mainstream ones like AFL and Rugby. Cadel Evans’ Tour De France victory in 2011 blew the SBS record viewing figures for that timeslot.

Time and time again, sportspeople end up being important people in our national discourse: they end up being heroes. Hewitt, Tomic, Gilchrist, Hackett, Thorpe, Evans, O’Grady, Cahill, Schwarzer. Yes: heroes. Our sports stars are, and will continue to be men.

Isn’t it sad that all that history of fighting for gender equality, and we’re still really left with only heroes? It’s not really a light-hearted thing when there’s still a gender pay gap and blatant broadcasting preference. There’s nothing funny about the women on Channel 7’s commentary team still only commentating women’s tennis matches while the men commentate both, or that there’s no female commentary at all for the soccer or cycling. We’re so used to hearing men’s names and men’s voices we don’t even realise their essential maleness.

Oh sure, I watch a little bit of netball sometimes, and I know Stephanie Rice’s name. I know Anna Meares and Sam Stosur and as the Olympics roll around, I’m relieved by the relaxed attitude to gender; we don’t really care so long as they’re winning us medals.

Isn’t it sad that after all this time, male is still the default? That a simple ‘men are stronger’ validates any sporting sexism? Isn’t it sad that after winning the fight for equal prize money in women’s tennis, the argument we’re having now is that it’s actually unfair that women get paid the same because they play fewer sets?

Does it matter that every time the Socceroos play I stay up till the early morning to watch them, but the Matildas play international games to closed stadiums?

What happens in sports matters, and not just because it gives young kids aspirations. It gives adults a lesson in equality that’s desperately needed. We forget that it’s not just kids who learn stuff: that culture affects how grown men and women interact with each other. We forget how powerful it can be to hear ‘the Thunderbirds did good yesterday’ come out of a grown man’s mouth.

This year, perhaps, is the year to start watching the netball on the telly. It’s the year to start following the Giro Rosa, to attend the games of the Matildas, to cheer on Sam Stosur. Maybe – perhaps even unfortunately, while we’re doing all that, we’ll be too busy to watch the Tour de France every night. But on the upside, maybe we’ll make some progress.

2 thoughts on “where are we going wrong with women in sport?”