proposed tax reforms: how will they affect you? 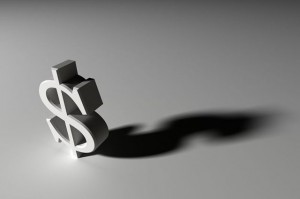 The Turnbull Government has made it clear that ‘all options are on the table’ when it comes to tax reform. With a constant re-assurance that fairness is the most important element, is this really achievable?

There has been recent media hype surrounding the proposal by South Australia Premier Jay Weatherill, regarding his proposal to increase the GST from 10 to 15 percent at the next leadership meeting. This would allow for revenue of around $34 billion, which, as he suggested, could be used to cut company tax and pay a remaining percentage to states.

So what does this all mean?

You are likely aware of the current debacle surrounding GST on tampons. This is only one piece of a much larger, unequal taxation system.

The GST is a regressive tax that disproportionately affects low-income workers. Those with lower incomes spend a larger amount on daily consumer items, such as food and transport. The degree of this will vary on whether the Turnbull Government chooses to impose GST on items such as fresh food, currently exempt, and whether the base is extended to cover healthcare and education.

The government is continually assuring us that this will be returned to consumers as compensation, such as increasing the dole, pensions and family benefits. But if New Zealand serves as an example, low-income earners and sole parents were most disadvantaged by these changes. And in Australia, women make up majority of both these categories. This makes the biggest impact of the GST on women already struggling with low wages and / or single parenting.

The promise to increase welfare benefits distracts from the larger unfairness of the GST, and ultimately creates disincentives towards employment. This, in turn, provides a major reason for cutting company tax, in the hope of heightening competitiveness and economic growth. The pitting of these flawed tax systems against each other appears incredibly redundant. As said eloquently by Mungo MacCullum: ‘A progressive tax will be turned into a regressive one, and compensation for the needy will not reverse what is, in essence, a switch of resources from the poor to rich. Whether Turnbull can spin that as fair is problematical.’

Why not put the Carbon Tax back on the table too? As highlighted by the International Monetary Fund, this is a means of revenue while effectively meeting environmental commitments. A Parliamentary Library analysis even showed that a carbon tax would raise ‘as much revenue as increasing the GST rate or broadening its base, while having less impact on households’. While this is a way of reducing damaging taxes, Treasurer Scott Morrison maintained that the problem is ‘Australians aren’t earning enough, not that they are not paying enough tax’. But if this were the case, why increase a tax such the GST that inherently reduces productivity?

One way Malcolm Turnbull is redeeming his claims of fairness is by proposing a reform of superannuation and abolishing super tax breaks. The current issue is that concessions are only utilised by people who ‘already have the capacity to save’. The International Business Times reports that this will help ‘in closing the gender pay gap in [superannuation] savings that is a whopping 44 percent’ and that ‘reforms will seek to boost the retirement of women by 35 per cent or more than $75,000 a year’. The reformed system is aimed towards overcoming obstacles faced by women in accumulating enough super savings for a comfortable retirement, such as wage inequality, maternity leave and caring leave. The proposal comes as part of a Senate inquiry into the economic security of women in retirement, and includes a plan to allocate payments for low-income earners that will gradually distribute earnings.

Interestingly, an opinion piece by Helen Hodgson  and Marie Coleman proposes that superannuation reform could be used to help women participate in the economy, rather than lowering income taxes. This would be accomplished by redirecting remaining savings into services such as paid parental leave and child-care. As data shows, the current workforce participation rate is significant, being 12 percent lower than the male rate. This reform would encourage growth and economic prosperity, while also working towards gender fairness.

As a new report highlights that our budget deficit could worsen by $38 billion dollars over the next four years, it is clear that reforms need to be made. These changes hold the opportunity to increase gender and social equality. It is vital that this path is taken and that those already facing hardship are not further disadvantaged.