self-help, beauty privilege, and the truth about confidence 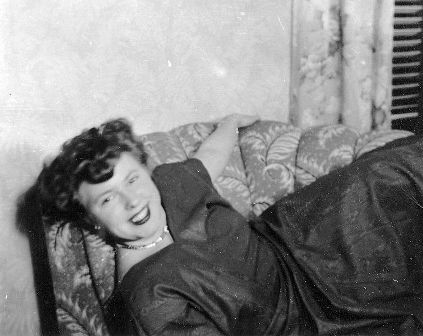 Confidence is widely considered an excellent quality. It’s associated with communication skills, social suavity, and success. Studies even show that people possessing strong self-confidence earn more money than their less confident counterparts. Is it any surprise, therefore, that capitalist Western culture in particular places such emphasis on self-esteem?

Self-help culture has grown from the notion that everyone should strive to be more confident. Advice, mottos, and mantras are regularly spouted. And though these encouraging words have benefits, they can also often be summarised by a few easily-Instagrammed words. Believe in yourself, for example. You are beautiful. You are flawless.

Confidence is not an innate trait which some are born with, and which others must endeavour to acquire. Like most personality traits, it has roots in one’s nature but is fostered by environmental factors. If confidence does become internalised, this is largely due to consistent positive reinforcement and approval, building self-esteem. Consequently, an individual’s self-confidence is arguably based far more on ongoing external factors – namely, how people treat one another – than is typically acknowledged in self-help culture, grounded in the idea that people can “fix” themselves.

Granted, the concept of an individual being master of their own fate, is not worth wholly debunking; deterministic attitudes may identify disadvantages in one’s life, but offer little towards resolving them. It can be necessary to take responsibility for oneself, for nobody else is likely to do it as well as you, or with as great an investment – or even to do it at all.

Nevertheless, questioning the autonomy implied by the term “self-help”, and a person’s ability to help themselves, doesn’t have to mean people are seeking to identify as passive victims. Acknowledging being victim to past mistreatments does not automatically entail passivity, as critics of “victimhood culture” might argue. In reality, acknowledging how outside influences shaped a person’s development can help that person understand themselves better, and be able to live freer and more confidently thereafter.

In this spirit of acknowledgement, we return to confidence: why some have it, and others don’t. If people’s personalities are moulded by how others treat them, one must consider what influences people’s behaviours towards one another.

The answer? Largely physical appearance and self-presentation, particularly in superficial interactions. Appearance-related discrimination is exacerbated by assumptions and prejudices about race, gender, sexuality, age, able-bodiedness, and class – all characteristics that are neither shameful nor controllable. Character is important, but how people react to appearance often determines whether character even gets the chance to shine. Sadly, we are all judged by how we look.

And if people treat one another differently based on appearance – beauty privilege, essentially – the way people’s personalities form is partially related to how they look, and how people respond. The development of confidence is thus linked to beauty privilege and what others perceive as attractive or valuable.

Beauty privilege’s role in personal development may seem like old news: life is often smoother sailing if a person is considered beautiful; they receive positive affirmation and opportunity. Beauty entails visibility. If you’re less conventionally attractive, you don’t fit your society’s definition of beauty, or you are an older woman, for example, you may struggle far more to be seen, or to be seen positively.

If people are consistently accepting and attentive towards an individual, that individual will likely grow up with strong self-esteem and self-confidence, without necessarily realising their situation is not universal. That’s privilege. Yet humans live by this False Consensus Effect: individuals typically believe their personal experiences align with those of others more than they actually do. If the world has always treated you well and fostered your self-esteem, you might half-disbelieve or wonder why others are mistrustful, sceptical, or fearful of it.

This can lead to the well-meaning but often ignorant attitude underpinning snippets of advice like ‘just be confident’.

If one could just be anything, the world would quite possibly (just) be simpler. Yet similar to how telling a depressed person to just be happy is unhelpful, telling your favourite wallflower to ‘be themselves’, ‘act normally’, or ‘just smile’ as they shift uncomfortably by the exit, can mean missing the point. The advice isn’t entirely wrong: for example, social situations are more easily navigated when smiling. But if past experiences have led to someone feeling invisible in large groups and doubtful of their ability to charm – or even interest – their interlocutor, acting confidently can be hard, especially around strangers.

Yet people’s personalities are not fixed, but constantly evolving. This is an opportunity. If we can become aware of factors affecting people’s confidence and self-perception, and in particular those factors beyond an individual’s control, we can subsequently devise ways of addressing them – together.

If you ever find yourself thinking of someone, ‘why aren’t they more confident?’, it implies you are in a position to help them. You might not consider yourself especially charismatic, social, or self-assured. Yet if you can identify someone else’s lack of confidence, it probably means you are confident by comparison – and they could use a friend, or at least an ally.

You want someone to just be confident? Then be their confidence, at least until they internalise it enough to generate it independently. Reach out to them. You can be supportive without being patronising. Invite them into the group if they’re on the edges, even if they’re not saying anything (which is fine, incidentally); they may simply be waiting for a chance to join, and if not, at least you provided the option. Include them, refer to them, and simply be a friend.

The truth is, sometimes self-help can’t quite get rolling without other people’s help; and if other people have long made the wallflower feel invisible, the situation can be a vicious circle. So break the cycle, and try approaching someone who might not have the confidence to put themselves forward.

Show that person, ‘I see you’.

Rosalind Moran is a student currently living in Canberra, Australia. Her writing has appeared in numerous anthologies as well as online. More of her work can be found at www.ganymedesmirror.blogspot.com