zoe’s law: what will this mean for australian women? 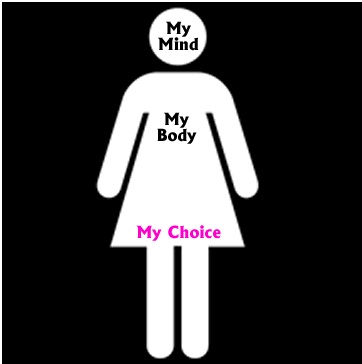 The New South Wales Parliament is currently debating a Bill which, if passed, would alter the way the criminal law considers a foetus.

The Bill (commonly referred to as ‘Zoe’s Law’) is named after the stillborn daughter of Ms Brodie Donegan, who suffered injuries as a result of a car accident in 2009, which resulted in the loss of her unborn child. At the time of the accident, calls were made for changes to the criminal law to include a separate offence to death of an unborn child.

The current position under NSW legislation establishes that an injury causing the destruction of a foetus could constitute the infliction of grievous bodily harm upon the mother, as contained in the Crimes Act ,  ‘the destruction (other than in the course of a medical procedure – of the foetus of a pregnant woman, whether or not the woman suffers any harm’.

In 2010, the NSW Government appointed Michael Campbell QC to review the question of whether the Crimes Act should be reviewed to include a separate provision dealing with cases involving a foetus. The Campbell Review’s report examined all provisions that deal with cases involving damage or death to a foetus. It concluded that the current offences under NSW crime legislation ‘do allow the justice system to respond appropriately’ and recommended no changes to be made to the legislation.

Since that time the matter has again come into the public eye. The 2013 Bill, as introduced by Liberal MP Chris Spence, proposes changes to the Crimes Act that would recognise the separate existence of a foetus from a pregnant woman that is of at least 20 weeks’ gestation. In the event that the gestation period cannot be reliably established, the proposal is to include a foetus that weighs at least 400 grams.  If passed, it will enable crimes to be characterised as being committed against the foetus as a legal person, not just the pregnant mother.

But it is this legal separation and the implications it may have on reproductive rights for women that has many critics concerned.

Labor MP Paul Lynch described aspects of the Bill as illogical, noting that in its current form it does not consider certain outcomes like multiple pregnancies. ‘One foetus could weigh 410 grams and its twin 390 grams, which means if they were in these circumstances they would be treated differently – a result that seems quite wrong.’

But the ramifications in terms of reproductive rights have caused the most concern for critics of the Bill.

The Bill specifically states that the proposed section does not apply in relation to anything done ‘in the course of a medical procedure or anything done by or with the consent of the pregnant woman concerned.’ But according to some critics, it runs the risk of blurring already complex abortion laws.

Lawyer Julie Hamblin has rejected claims that Zoe’s Law would not impact on the status of abortion.

‘Once Parliament has declared a foetus to be a living person in one context, the overwhelming tendency would be for judges to take this into account – not conclusively, but perceptibly – whenever other issues involving the legal status of a foetus arise. Zoe’s Law would add a new weapon to the armoury of those seeking to secure a conviction for unlawful abortion.’

CEO of Rape and Domestic Violence Services Australia, Karen Willis, has stated that she could not support a bill that separates a woman from her foetus.

The circumstances in which an abortion is considered to be not unlawful were expanded in 1971, to include incidences where a doctor considered ‘the operation as necessary to preserve the woman involved from serious danger to her life or physical or mental health which the continuance of pregnancy would entail. This was again extended in 1994 to include ‘the effects of economic or social stress’ that may result from a pregnancy or birth. Women are not entitled to abortion on demand.

Being couched in the framework of a “crime”, abortion still undoubtedly remains a contentious topic when considering the law in NSW.

Thursday’s debate on the Bill has been adjourned to a later date.