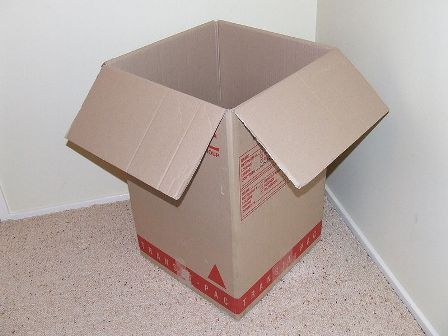 None of it matters.

The plastic, the gadgets, the high glossed magazines; the heels with the right brand name, faded out on the soles, from all the running you do to keep in front.

Things obtained to make life easier, dull a pain, stroke an ego; to make you feel like you mean something while you hurl yourself forward trying, always trying, and all for what? To keep up with Joneses down the road?

I think everyone knows that deep down.

I always have. I still want it though. It is in us all, I suppose. A consumer particle added; an evolutionary shift.

A sad and ugly manufactured part of the human condition.

A recent conversation with my mum was the sucker punch that I needed. Waking me up. Knocking me instantly, despite speaking so softly.

My parents have never lived beyond their means, have never been in debt at all really. So a quiet, unassuming life is what they had. Dad would hand mum his pay check in a yellow envelope each week. I can still see her with her notepad and pen. She would sit and budget for the month ahead, ensuring everything was paid on time and accounted for.

My parents were raised in families that worked hard for what they owned, on the land and during The Depression. This hard work ethic was very much how my parents lived their lives together too. Working hard for what they had, and what they provided us. Luxury items did not come into it at all. If my mum wanted a cushion or a bedspread, she saved up for the fabric and ran the bright hues under her sewing machine and capable hands.

Unfortunately, the lack of bells and whistles growing up had the opposite effect on me. All the brand name trainers, clothes and gadgets my mother would say ‘no way’ to when I begged for them as a teenager made me some retailers’ dream girl as I started making my own way in the world.

My mother was of course right with her ‘no ways’.

But still, when I was on my own and ready to become who I thought I wanted to be, I reached for all the pretty things. I put too much value in them. They were grabbed to fill up holes in me, like the beaten-up scarecrow grabbing and clutching for fistfuls of straw to stuff back inside himself again, hopelessly.

Things are so different for me now. I am older, of course, and I hope a little wiser.

So many things that have happened to change me, shape me. Focus me.

Our family used to seem so strong, unwavering and constant. Lately it has become a broken branch. Driftwood.

Breaking into pieces as the current tries to take each one of us under.

My mother more so than the rest of us.

The next rapid fast approaching – Mum, after navigating the loss of Dad over the past three years, is moving from our family home. Packing up her life box by box and saying goodbye to the life she created with Dad.

She has spent the last few years taking time for that goodbye, immersing herself in it all, completely.

Tricky, sticky decisions being made as boxes are prepared. What is going to be put into each one and what will be discarded or donated, never to be touched by her hands or seen by her eyes again.

I am still coming to terms with this big change myself and I didn’t really realise I would feel this way until it became a reality.

Another loss catching my breath. Saying goodbye to my childhood home and the town I grew up in. No real ties left to it now. It is such a big part of my make up; it runs through me just as the air I breathe, so I am ready for this big change to almost orphan me, leaving me out here in the world blowing in the breeze with no compass, no north star to return to.

All that stuff we surround ourselves with is just background noise. What I will be longing for doesn’t contain a single piece of shitty brand name or ego stroke.

I will be thinking instead about the way the air would smell just after a summer storm.

The walks I would take with Dad of a late afternoon, out to where sunflower crops grew and flocks of cockatoos screeched in the air above us.

Backyard cricket games, my sisters and I trying to beat Dad, who would always cheat. Rolling on the grass in fits of laughter, coming inside only when it was too dark to see, our skin itchy from rolling around on the ground.

Mum crocheting in a sunny spot on a cold winter’s day as I played at her feet while she quietly talked to herself. It was heaven.

My parents, sitting at our kitchen table chatting away for hours to each other every night, especially in summer, when the deafening sound of crickets would fill the breaks in conversation.

Us kids, sitting on the back step in our swimmers, stuffing our faces with the latest crop of sweet black grapes from our grape vine.

The old record player where I would sit cross-legged for hours with my sister as we were introduced to Fleetwood Mac, The Beetles, Simon and Garfunkel, James Taylor and Hot August Night, while also fanning over Wham and Talking Heads and Ah-ha.

It is all there in our hearts forever. The other stuff, though, doesn’t even manage to be a blip on the radar.

There is a new, almost competitive flavour, lurking in female Australian culture currently. An obsession with material items and all of it doesn’t sit well with me anymore. Conversations seem to be so focused now on the perfect couch matching the perfect cushion and artwork or pot plant, found at the most in-style markets of a weekend, as organic foods are also selected and up for intense discussion. Sitting down in designer kitchen chairs, on the cover of the latest shiny, feeling-shitty-about-yourself magazines. It is all just stuff; stupid, empty extraneous stuff. Why is a home no longer just a home?

Mum, after all this time, as she sits and packs and flicks through photo albums, and childhood books, trophies and report cards, has only one thing she is focused on right now.

In almost a whisper she shares with me that it is not anything plastic, or expensive or flashy she hopes will get packed up safely and makes the journey intact.

It is my Dad’s scent, which still lingers when she opens his cupboard door.

A beautiful mix of washing powder and crisp autumn days and everything that was him that you get to experience every time you hold one of his jumpers to your face and inhale.

She is scared it will be lost forever as she, piece by piece, places his clothes into a box.

Through muffled tears on both ends of the phone line, we talk quietly about how worried she is that she will lose it in the move. It is her gold.

I want to ask the removalists if they can guarantee the safe transport of his smell. If they can assure us it will get to her new home safely. I want them to bring her an airtight sealed armoured truck, labelling it as “fragile” cargo. I want a police escort, patrol cars along the long stretch of highway. I want them all to wear hazmat suits for her and have signs everywhere saying handle with care. I want a team of scientists brought in, to ensure the particles do not diminish when met with oxygen, so it is incubated tightly for the trip.

I want his smell to be there when that box gets opened in her new place. To lessen the sting of him not being beside her unpacking their boxes together.

The grass, the memories, music and scents lingering, stretching sunsets. The echo of ghost’s laughter down empty hallways.

Every single memory, the intangible: that’s what make us who we are. Tiny particles shaping us, forming us.

The rest of it just doesn’t matter.