memoir: my hero, the girl next door 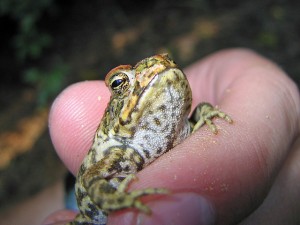 At eight years old, my idol was the girl who lived next door. Her name was Sam. She was twelve and she had red hair that she always tied up in a ponytail and tucked underneath a baseball cap. She had TWO horses, so she was instantly my favourite person. She let me ride one of them, twice, but most of the time I would get up early and sit by the fence like a jealous gargoyle, picking at grass, watching as she trotted them around the paddock.

Sam was the best long-distance runner at school and she always won the cross country. The first year I competed in the cross country, I followed in her footsteps and won first place out of everyone in my grade. After that we trained together, running laps around her back paddock – mine had too many trees. The one time that we ran the perimeter of my property, I stepped right onto the most gigantic, blackest snake I had ever seen. It jumped in the air and we jumped higher and sprinted, screaming, back to the house. After that we kept our training to her yard.

From the age of twelve, Sam knew she wanted to be a forensic scientist. She loved biology and she would regularly stop on the walk home from the bus stop to peer at the innards of some fresh road kill. She used to come over and sit with me in my ‘sand pit’ – a dirty pile of sand that festered underneath a tree in the front yard, a remnant of one of my dad’s attempts at landscaping. We sat in the sand and she poked her fingers deep into a hole, burrowing with her fingernails. From deep in the sand, she pulled out a tiny toad. The sand was pocked with these holes – the toads hid there during the day. She took the toad between her fingers, reached behind her, took a sharp rock and hit the toad in the head. Then, right in front of my eyes, her spindly little fingers took the toad apart. Before I knew what was happening, she took my hand and placed square in the centre of my palm the tiny still-beating heart of the toad. “Cool, huh?” was all she said.

My first induction in the school of horror films came from Sam, and the time she made me watch Jaws. It was her fourteenth birthday and she invited me to her party. I was so excited! Here I was, ten years old and she was asking me to come and hang out with all the cool older girls. They wore black lipstick, backless singlets and glitter on their cheekbones when they went to the school disco. They listened to bands I hadn’t heard of yet. I heard they smoked behind the toilets after school. They were the coolest people on the planet.
There were five of us all spread out on pillows and couches in Sam’s rumpus room under her house. She put on Jaws and from the moment that head popped out of the hole in the sunken boat, I couldn’t move. I was terrified. I couldn’t sleep. In the middle of the night, I started crying and Sam’s dad walked me home. I had no keys and my parents locked our house in the night, so I tapped on my parents’ window. My Dad came to the door holding a baseball bat. I still have no idea why he did that. I slept on my parents’ floor that night, positive that at any moment a shark was going to eat me. In the middle of the country. With no water around.
Sam being Sam, never told anybody about what happened and I got to keep my cred for being friends with a cool high school girl.

When Sam was sixteen she moved in with her older boyfriend and I didn’t see her much after that. Her parents weren’t happy about the boyfriend so she came home to visit only once a month, and at those times she never came over. Then I moved up north, and she moved further south. She came to stay with me once while she was holidaying in Townsville. We’ve stayed friends and she’s grown from a gangly teenager to a graceful woman, dancing in burlesque shows. But to me she’ll always be the blood-obsessed girl who once handed me the heart of a toad.

Sam graduated high school and went on to do a degree in microbiology. For the past few years she’s been working in a mortuary. She’s still my hero.