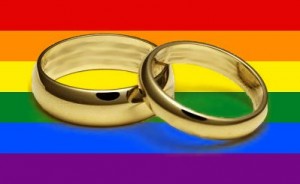 Celebrations kicked off in Canberra this weekend with same-sex marriage laws coming into effect. 40 couples were registered to tie the knot across the weekend. West Australia Labor MP Stephen Dawson married his partner of 10 years just after midnight on Saturday, becoming the first same-sex couple to legally do so in Australia. The Australian national government has challenged the validity of the ACT’s new laws, and the High Court will rule on the law’s constitutional validity on Thursday. Fingers crossed Australia can begin to catch up with the rest of the world and uphold the rights of same-sex couples.

Kiwi sensation, Lorde, has ricocheted from hipster-chic to fully-fledged stardom this year (seriously, they play her songs at Coles), and the Grammy nominations released on Saturday have sealed the deal. The songstress has been nominated for four awards: song of the year, record of the year, best pop solo performance and best pop vocal album for Pure Heroine. Here’s hoping she beats Robin ‘Ew’ Thicke in the record of the year category. Seriously though, could she be any cooler? She is Twitter friends with Tavi and Lena Dunham for cripes sake.

The women had been part of a peaceful protest in support of ousted President Mohammed Morsi. Their 11 year sentence was cut to one year, which was suspended. Seven juveniles jailed over the protest last month in Alexandria have also been released, on three months’ probation. Their original sentence was longer than that given to some convicted killers, says the BBC’s Orla Guerin in Cairo.