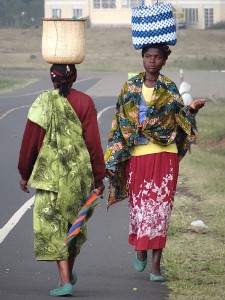 New anti-pornography legislation passed by the Ugandan government has been criticised by activists for its impact upon women.

The new legislation covers a range of issues related to pornography, including child pornography, pornographic publications and even suggestive music videos. However the main controversy to arise from the changes was the provisions surrounding dress code.

According to reports, the original Bill proposed to make it illegal to wear revealing clothing such as miniskirts and tops that show ‘too much cleavage.’

Ugandan Ethics and Integrity Minister Simon Lokodo came out in support of the changes,  ‘If you dress in such a way that you irritate the mind and excite the people then you are badly dressed; if you draw the attention of the other person outside there will a malicious purpose of exciting and stimulating him or her into sex.’

Minister Lokodo’s comments were made in spite of the dress code provisions being removed before the Bill was passed.

Activist Patience Akumu from the new group ‘End Miniskirt Harassment’ has criticised the misapplication of the law: ‘The damage is extensive, it has been done. Women are being undressed. It’s going to take more than a press statement, more than a protest. We are determined to go to these men, we are going to the boda boda stages, and telling them there is no law against miniskirts.’

One thought on “in brief: anti-pornography laws actually Inciting violence against ugandan women”