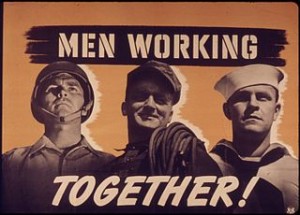 Male employees without children or relationships have been identified as the most desirable employees in Australia.

In a survey of 500 Australian employers, Kronos research revealed that close to 40 per cent of employers believe men are better employees than women, while only about one in five surveyed favoured female workers over their male counterparts.  Over a third of employers would prefer employees did not have children.

Peter Harte from Kronos, a workforce solutions provider, confirmed that the findings seemed to indicate that ‘a large majority of businesses thought that their ideal worker was a male, without relationships or interests, who wants to work lots of hours’.

The Human Rights Commission is currently researching the prevalence and nature of discrimination as it relates to women who are pregnant at work and people returning to work after parental leave. The Sex Discrimination Commissioner, Elizabeth Broderick, has confirmed that parental leave and pregnancy can often be ‘career killers’ for women and has labelled the Kronos research findings distressing: ‘To have such a large proportion of businesses who say they prefer men just speaks to the fact that that is the model that’s in use in many organisations’.

In a recent Lip article, Jillian Blacker explored real-life experiences of sexism in the hiring process. She found that sexism is both prevalent and largely accepted in the Australian workforce.

The findings from Kronos follow recent Australian research that confirmed that the gender pay gap is still very real, particularly for women employed in finance or insurance. In June this year, CLEO magazine revealed that the basic principle of ‘equal pay for equal work’ is still not operating in many of our country’s biggest banks, insurance companies and financial institutions.

Although the national gender pay gap was around 18% in 2012, in the finance and insurance sectors, women are said to be paid almost 34% less than male colleagues.

Does your employer favour single, unattached males? Have you ever felt that a male candidate received a job or promotion ahead of you simply because of your gender? Does having a family  = career killer for women? Let us know your thoughts in the comments below.