in brief: woman wins compensation for being fired after reporting bullying 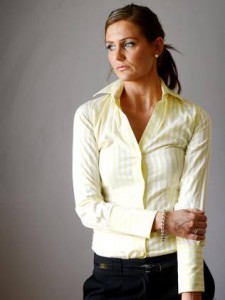 In September 2010, Abby Holt began working for Westpac as implementation manager.  Within weeks, she was being subjected to bullying by team leader Emily Lowson.  Holt, who weighed about 53 kilograms at the time of her employment, claims that Lowson referred to her as a ‘Breatharian,’ because she rarely ate at work.  Lowson also called Holt ‘Scabby Abby,’ and ‘Scabs,’ while another employee called her a ‘Coke puppet… because her head was too big for her body.’

Holt complained to Lowson’s superior, Damian Cramer, but instead of reprimanding Lowson, Holt found herself being told that her name had been ‘tarnished,’ and that there was no room left in the business for her.  Cramer then asked her to leave the building, and had her escorted from the premises.

Holt has now won an appeal allowing her to receive worker’s compensation.  Furthermore, Shine Lawyers is considering a claim against Westpac, on the grounds that Abby Holt has suffered from anxiety and has been unable to find work since leaving the bank in 2011.

‘I went from a happy confident person to a girl who was insecure and always upset,’ said Holt.  However, she remains hopeful of finding a new job, and hopes that ‘other people won’t let this sort of bullying happen to them.’

Holt’s lawyer, Martha King, has stated that ‘The case is particularly disappointing, given the behaviour came from within such a renowned company,’ however, comments on the 9 News Facebook page may shed a light on a pervasive ‘man up’ attitude within Australian society.  Comments have argued that Holt ‘is just an attention seeking female… come on lets (sic) be serious here she is an adult if people said she was too thin why the hell did she not tell them to shut their mouths and f*** off i (sic) would have,’ and that ‘(s)he should eat a sandwich.’  ‘We are so becoming a little America,’ one commenter added, adding to previous criticism over Holt taking legal action.  While Holt has won her case, it is not difficult to see how bullying can flourish even in a supposedly professional workplace.

3 thoughts on “in brief: woman wins compensation for being fired after reporting bullying”