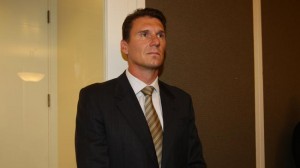 In his new book The Conservative Revolution, Liberal Senator Cory Bernardi has made some provocative, outrageous claims in relation to abortion, step-families and industrial relations laws. These claims have caused the Federal Opposition to call upon Prime Minister Tony Abbott to completely dissociate from Bernardi’s ‘extraordinary reactionary agenda.’

Bernadi has accused women of using abortion (or, as he deems it, the ‘death industry’) as ‘an abhorrent form of birth control’, and has labelled those who advocate pro-choice as being ‘pro-death’.

Senator Bernardi writes that ‘it is horrendous and unacceptable… [that the] death industry despatches 80,000 to 100,000 unborn children [in Australia] every year.’ This is despite the fact that official Medicare rebates processed for abortion between July 2012 and June 2013 is 60,245. Other notable abortion statistics read that 14.2 out of every 1,000 women in Australia had abortions in 2013, according to the United Nations.

Defending his position on abortion on ABC News Breakfast, Bernardi states that his figures are based upon previous health ministers and Senate estimates. He also stated that the discussion about abortion being a woman’s right has been shut down and needs to be re-opened.

‘The question for everyone in this debate, is where does life begin?’ Senator Bernardi stated. ‘For me it’s at conception, for other people it is 24 weeks gestation, others say it’s not until the child is born and is a sentient being some weeks after birth…I haven’t said we should outlaw or prohibit abortion;  I have said there is a right-to-life issue we should be exploring.’

Bernardi rails against not only abortion, but also non-traditional families, surrogacy and euthanasia, and calls upon other conservatives to help reverse the trend in social acceptance of changing attitudes. In fact, Bernardi sets out five founding pillars for this ‘conservative revolution’, which includes restoring the traditional family model to what he says should be its ‘prime position’ over other family types including step-families, same-sex and single families, as well as couples with children born via surrogacy.

On this, he states ‘It is perfectly reasonable and rational…for the state, if it is to have a role in social policy and the affairs of marriage, to reinforce and entrench those aspects of traditional marriage that work, not undermine them and promote “alternatives” which have led to social chaos…Competent social policy should be drafted by those who understand the primacy of natural law and who are able to see patterns in society.’

As if this wasn’t enough of Bernardi’s weighing in on controversial and hotly debated issues, he also advocates the removal of Government welfare designed to assist children from families that experience a breakdown, arguing programs such as the Red Cross Good Start Breakfast Club remove parental responsibility and create a mentality that the state will provide.

In terms of his views on industrial relations laws, Bernardi calls for more flexibility, including a return to individual workplace agreements, whereby penalty rates can be negotiated away.

Senator Bernardi is an influential member of the Liberal Party and has been a confidant for the Prime Minister, once serving as Abbott’s parliamentary secretary in Opposition – before he was demoted for another inflammatory speech in 2012 in which he compared gay marriage to bestiality.

Bernardi stated that he could not comment upon what Abbott knows about the views expressed in his book. However, it is almost entirely certain that his comments are bound to cause controversy for the Prime Minister.

2 thoughts on “the death industry: liberal senator bernardi on abortion”