an open letter to carefree 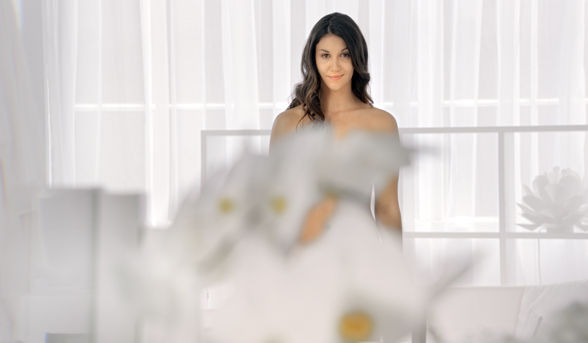 A friend of mine sent me an article about the ‘controversy’ surrounding your frank and direct ad. You know, the ad that uses the words vagina and discharge when discussing panty liners for vaginal discharge. The interesting thing for me was that he said he thought the use of the word ‘discharge’ was far more unsettling than ‘vagina’. Why is that? Why is either word triggering complaints to the Advertising Standards Bureau? I am a woman. Fifty-one percent of the world population are women. We menstruate. We have vaginas. Vaginas discharge. It is biology. It is my biology and I will not be made to feel ashamed of it.

I wonder what this kind of societal shame surrounding female anatomy does to us. When people complain about using the anatomically correct terms for female anatomy, what does that say about society’s feelings about women?

Recently, in the Michigan House of Representatives in the United States, Representative Lisa Brown said, in response to a bill restricting female reproductive rights, ‘I am flattered you are all so interested in my vagina, but no means no.’ Brown was not allowed to speak in the House for two days. Republican Representative Mike Callton said Brown’s comment ‘was so offensive, I don’t even want to say it in front of women. I would not say that in mixed company.’

We need an antidote to this shame. I am grateful that your commercial has acknowledged that and is standing up for women’s bodies. Your campaign spokesperson, Debbie Selikman said, ‘Women have nothing to hide, nothing to be ashamed about and should be confident of their body’. Thank you.

I hope your company continues to acknowledge the female body, in all its functional glory. I hope your actions encourage more open discussion about women’s health in the media. I hope at least one confused teenage girl sees your ad and feels a little less confused as a result. I hope this ‘controversy’ only encourages you to create more of these great discussions.

7 thoughts on “an open letter to carefree”