DIY pap tests: ladies, would you try this at home? 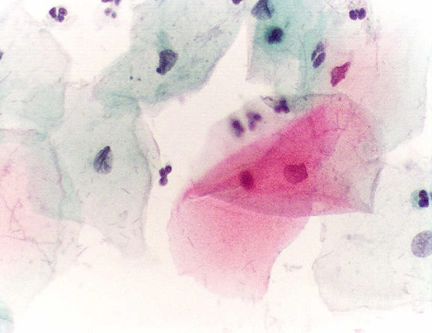 The doctor drew the curtains, asked me to remove my pants and underwear and position myself, legs apart, on the exam table. It was my first pap smear, I was 18, and I did as he asked. (But I refused to remove my sunglasses. Smear chic, y’all.)

I nodded and listened carefully as he explained, very matter-of-factly, that he was inserting the speculum into my vagina and searching for my cervix – ‘It’s a bit like going fishing,’ he joked. ‘Whoop, there it is.’ He then used a swab to take a sample, and it was all over.

It wasn’t so bad and fishing gags aside, the pap smears I’ve had since have been much the same.

It seems, though, that the “embarrassment”* of the first-time test could soon become a relic of Ye Olde Times with scientists in the UK unveiling a potentially life-saving do-it-yourself test for cervical cancer and HPV that might prove to be more effective than the traditional smear test.

Early trials have been promising. Unlike the smear test, the new test is capable of detecting pre-cancerous tumours, and University of London researchers estimate new testing could save 1,500 women’s lives over the next ten years, as well as potentially saving the UK health service £50million (AUD$82million) because tests will be required less often.

Professor Peter Sasieni, who carried out the study, said: ‘We are talking about the lives of young women here. Women in their 30s, 40s, 50s and in rare cases their 20s.’ He added that while cervical cancer screening is already effective, the study ‘shows how much more effective it could be.’

About 100,000 British women will be invited to try the procedure in the next 12 months. The results of the study will be published next year and if testing proves successful, it will be offered to women aged 25-64 for £30 (AUD$50) – after a test approval process, which may take up to four years.

While women would be encouraged to undergo the procedure at a clinic, the take-home test would be made available for those who’d feel more comfortable taking charge in the comfort of their own home. And while I’d personally be unlikely to give up regular visits to my local clinic should the tests become available in Australia^ (my doctor knows what he’s doing and frankly, I’m not very dextrous!) if DIY sampling means women who would otherwise forgo cervical screening go out and get tested, then I think it’s a great idea.

*That so many online news sources refer to pap smears as “embarrassing” and “inconvenient” is concerning, and it could be argued that this only perpetuates the idea that women should be ashamed of what is ostensibly a simple medical procedure. There’s nothing to be “embarrassed” about – or maybe I just missed the memo.

^Australia has one of the lowest rates of cervical cancer in the world, which is attributable to regular screening. Click here for information on Australia’s National Cervical Screening Program.

Lipsters, would you prefer to DIY or visit your local clinic? We’d love to know your thoughts!

One thought on “DIY pap tests: ladies, would you try this at home?”