feminism and testicles: andybob and a voice for men 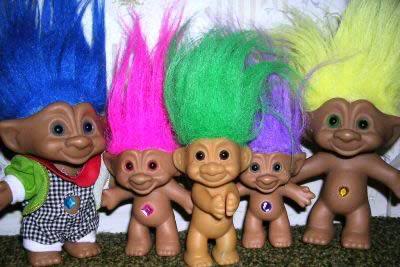 A few weeks ago a lovely character by the name of Andybob left a series of comments on my article about Tracey Spicer and misogynists. He accused me of insinuating that misogynists are gay because I offered them ‘lavender-scented tissues’.

It goes without saying, but we’re no longer living in the 1960s. Saying ‘lavender’ instead of ‘gay’ is kind of outdated. If I was referring to homosexuality, I would simply say ‘homosexuality’. But wait. That would be the logical thing to do.

Andybob also assumed that I was a girl (when I am in fact a guy). He then went on to use that as a basis for calling me ‘pathetic’. I think that goes a long way in illustrating what kind of person this troll really is.

Andybob also said that criticism of Julia Gillard ‘is misogyny. Criticism of President Obama is racism. Criticism of Adolf Hitler was unpatriotic. Anyone see a pattern?’

I don’t know about you, but did this guy just compare Gillard and Obama to Hitler? If that isn’t enough, I was called ‘homophobic’ and a hypocrite. This is a bit rich coming from somebody who writes that:

‘Lesbians barged into gay men’s spaces in droves jabbing their stubby fingers at everyone. Predictably, they proceeded to boss everyone around, making the gay rights movement about them. Note that homosexuality was a criminal offence for MEN ONLY. Lesbianism was never against the law. They had jackshit to whinge about, but they made gay rights about them anyway, and used it as a propaganda vehicle to support feminism.

‘Notice that GLTT became LGTT? How’s that for petty entitlement? Gay men should have fought back, but, to our everlasting shame, we didn’t. The only gay men who remained in GLTT were slimy political types seeking personal aggrandizement, zeta poodle carriers and moronic party boys who don’t give a shit about anything except the pattern on the umbrella in their drinks. Of course, the MSM focus entirely on this noisy, spangled disco version of real gay men like me: men who know exactly how greedy, relentless and downright shady those lezziefems are and don’t trust them one iota.’

The complete lack of commonsense and human decency from this guy does not need to be pointed out. I’m not even going to spend my time responding to such idiotic claims. To quote Andybob back at himself: ‘Pathetic’.

If you’re wondering where these quotes came from, you only need to head over to the website ‘A Voice for Men’. This is a website that claims to exemplify compassion for boys and men. However when you delve a little bit deeper into this website, things start to get a little dark. The website’s mission and values page states that they hope to ‘educate men and boys about the threats they face in feminist governance’ and to ‘denounce the institution of marriage as unsafe and unsuitable for modern men’. In addition, they wish to ‘push for an end to rape hysteria’ and view ‘all organised mainstream political options as misandric’.

Again, the lack of commonsense here does not need to be pointed out. Nor is it hard to imagine the kind of people who read—and indeed contribute—to this website. One person who commented on this article wrote that:

‘Feminists hijacked the whole sorry saga of this young Irish girl who did a very stupid thing and ended up paying the ultimate price for her foolishness. These bloody women who are now pushing this “Jill” campaign, are going to have some very nasty changes to the law of our country effected [sic] and men/boys everywhere will suffer for this. While I do have sympathy for this young woman who was raped and killed, I am also angry at her, for her stupidity in behaving like all the other stupid women in our country.’

The actual articles aren’t much better which, in all honesty, did not surprise me at all.

What do you think of Andybob’s comments and the ‘A Voice for Men’ website?

10 thoughts on “feminism and testicles: andybob and a voice for men”