newtown high students versus tony abbott: why our generation is smarter than we thought 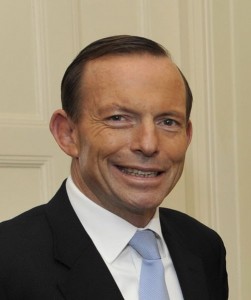 The media is saturated with messages that Generation Y is entitled, lazy and technology-dependent, but is it fair to be painted in such a way? Since viewing the video of the Newtown High students questioning Tony Abbott, it’s fair to say that perhaps our generation is being judged too harshly.

In the nine minutes and forty-nine seconds of the video, we see the Prime Minister get grilled and rightly so. Nothing was off the agenda, with hot topics such as marriage equality and asylum seekers, unexpectedly thrown at the baffled leader. The intelligence displayed by the year nine students was encouraging to see and is perhaps why the video has since gone viral. With Tony’s waffling and side-stepping, it was good to see that these kids weren’t taking any of it. Even when Abbott tried to avoid the question on legalising gay marriage, another student stepped in with a pressing question: ‘why do you think that following Howard’s footsteps with the Tampa (affair) and turning back asylum seekers is a good idea?’

It’s clear to see that these students were underestimated by the Prime Minister when he showed up for his surprise visit, although the only one surprised was Abbott, himself. With the encouraging nods and smiles from the teachers, the students brought up the topics that our generation are so often accused of not caring about. These students not only smashed every stereotype surrounding our youth but also stuck it to the Prime Minister. The fact that a group of fifteen year olds out-smarted the leader of Australia is beyond words.

The cheers that followed the students’ questions said it all: these are the issues we want addressed and we want answers now. Unfortunately in the true style of Tony, we instead get nine minutes of nervous word-vomit. His vagueness and avoidance is annoying at best and furthermore shows his disinterest in the opinion of our generation. When asked why a man is the minister for women, Tony tries to justify this fact by saying ‘People are either male or female,’ before the student rightfully points out that, ‘No, there are actually people who are intersex.’ If a year nine student can grasp this fact, then why can’t the Prime Minister?

Worst of all is his blatant misogyny expressed when he avoids questioning on gay marriage with: ‘Let’s have a bloke’s question,’ as if to say that the opinions of the female counterparts were getting too annoying for him to handle. His expressions of sexism, racism and general disregard highlight the generation gap, as well as the fact that our Prime Minister is unable to address the issues we want to see resolved.

These students deserve the positive response that they have received because they’ve allowed society to see us in a new light. The endless pages and videos of praise outline that these students have returned a feeling of hope for the future. It really does fill me with joy to see that these bright, articulate adolescents took the opportunity to ask the Prime Minister such important questions. It seems that our generation is beginning to take opportunities to prove that we are not a generation of stupid, lazy, dependent slobs but rather intellectual beings who are proud to be part of the future of Australia. It’s not even as if this was a one off situation, other adolescents are expressing their concerns on a daily basis, such as Olive Bower who took the media by storm with calling out sexism in surf magazines. It goes to show that our generation is not as stupid as the media depicts us and perhaps we are not getting enough credit.

One thought on “newtown high students versus tony abbott: why our generation is smarter than we thought”