see you next tuesday: the etymology of the c-word 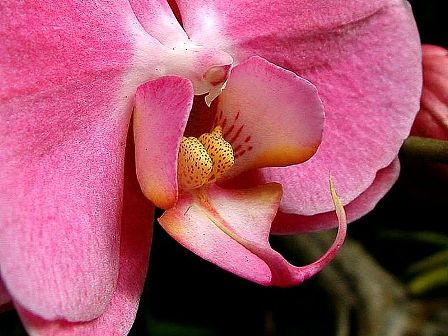 Try to think of the most vulgar word you possibly can. The most torrid and awful swear word that your mother and friends would chastise you for using. The majority of you would probably think of the “c-word”. Indeed, scholar Germaine Greer commented, ‘it is one of the few remaining words in the English language with a genuine power to shock’. That four-letter word that is so small in print yet holds so much inexplicable power and fear over people.

But I am here with the radically unpopular opinion that this word – and indeed, most swear words – simply have negative connotations associated with them, and that the word itself is quite innocuous. But, when it comes to discussing the c-word, there is more to it than “negative connotations”. Allow me to explain.

Searching for the etymology of the c-word online was not how I expected my Thursday night to pan out. It all began when I read ‘The Monkey’s Mask’ by Dorothy Porter, which was on the required reading list for university. It happened to contain many mentions of the c-word, and given that it was an Australian book, I was not all too surprised – Australians seem to throw the word around a fair bit. But what intrigued me most was the way Parker normalised the word in the novel. It was used so frequently to describe the sexual fantasies of the lesbian protagonist, Jill, which made the word appear more empowering than offensive. This differed to many other texts (consider Ian McEwan’s‘Atonement’ in which the word is so positively shocking that it tears apart the entire Tallis and Turner families). Indeed, in literature, the “c-word” is generally guarded with caution and even blatant abhorrence, with many authors choosing to steer away from it completely so as not to ruin the sanctity and professionalism of their novel. Parker’s usage of the word seemed so comparatively harmless and inoffensive, that I began to wonder: why have I always considered the c-word to be so monstrous? I suppose society, and my peers, have conditioned me to believe that — but now, being a woman of exploratory and anarchic mind and soul, I was determined to get to the root of the word. I have always been fascinated by the history of words.

Here’s what I found out.

The c-word has been around since the 1200s, where it was originally used as a purely descriptive term for the female external genitalia. Its first usage was in London, back when the street signs all corresponded to the place of business, i.e. Silver Street would sell exquisite silver jewellery, Fish Street, a bevy of seafood delights, and Gropecunte Lane, a place for prostitutes to sell their wares. There was no negativity associated with the word back then – it was simply used to describe a vagina. In literary texts of later decades and centuries, it is again revisited, purely as a descriptive term, with no connotations attached to it. It was only in later Shakespearean and then Victorian times that the c-word was suddenly deemed obscene, offensive, unprintable. This consideration of the word lasted all the way up until present day, and is still prevalent, aside from several feminist approaches (for example, the Vagina Monologues ‘Reclaiming Cunt’ episode). But why was this word suddenly deemed so offensive?

Simply put, it is because it was suddenly transformed from a simple descriptive term into an insult – and a gendered one at that – as women were becoming more and more recognised as the “lesser” beings of society. In much the same way as words with traditionally female roots, such as “bitch” and “pussy”, are used to degrade women and emasculate men, the c-word, which describes the “essence” of a woman, has been considered the most insulting and offensive term someone can use against you.

This is the crux of the matter: in a society that claims to be “progressing”, we still utilise words without truly understanding their meaning. Cunt. Pussy. Bitch. Whore. Slut. Twat. All of these words are rooted in the feminine, and by implementing negative connotations upon them and using these words as arbitrary insults, humanity will continue to perpetuate sexism. Furthermore, this allows contemporary youth to recognise and implement these words in their vocabulary, without truly understanding their meaning. For then they too will use words that are associated with women and consider them the lowest and most degrading slurs. This will only perpetuate the misogynistic notion that, for a man, the worst possible insult is to be called a woman.

I have, for the majority of this article, attempted to refrain from actually printing the “unspeakable” word, as it is not uncommon for someone to immediately denounce an entire argument as vulgar and invalid if such a shocking word is used. But I think it is time for feminists and women of all walks of life to reclaim the c-word, and re-appropriate it for what it really is: a noun, not an insult. I refuse to allow another term for a vagina to remain the most degrading insult, because if that connotation of the word continues, sexism will prevail.

Ladies, refuse to let anyone use this word in a derogatory way. It is time for us to reclaim cunt once and for all.