the lip crew on monogamy 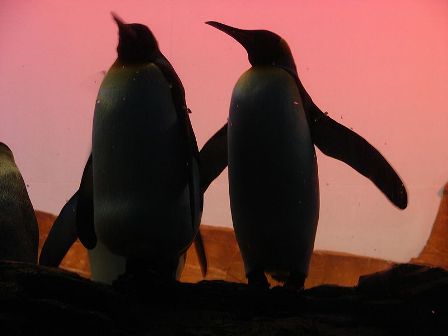 Over to you, Lip Crew!

‘I’ve been lucky to have great examples of monogamy in my life, not least of all my parents. So while I don’t think monogamy is the only way or necessarily the best way, I believe if it’s what people want — to build their life with another person — it’s not impossible. It means more to me than just loyalty, though. Without mutual respect, love, and support, loyalty doesn’t mean very much. I’ve never been sure about marriage, but I’ve always appreciated monogamous relationships. It takes a lot of faith to invest so much in one person.’ — Shannon Clarke, Writer

‘Even though I am happily monogamous, I don’t believe that it is the one true way to have a relationship.  As long as people are practising safe sex, and being honest about their feelings, I don’t see a problem with having an “open” relationship or engaging in polyamory.  I hope that in the future there is wider acceptance of all relationship choices in Australian society.’ — Alexandra Storey, Writer

‘So everything I’ve read boils monogamy’s strict meaning down to “having only one mate for life”. Where are the gregarious descriptions of burning passions? Where is the true love ready to strike down any hindrance in its way? Where are all the bits about honour and God and being puzzle pieces which are the only two that fit? It begins to feel as though these are trumped up betrayals of emotion tacked on to the end of thoughts about human relationships, as an attempt to keep an unruly population in line – the guilty really are so much easier to coerce. Once ownership – of land, animals, business, and, seemingly, of each other – entered out social strata, this seems to be the point that “love” and “one mate for life” became, all of a sudden, inextricable concepts. What might monogamy mean in a world where we as a collective experienced no shame towards our bodies, and owned or needed for no material possessions? What if we lived in a world where “ownership” meant nothing, and we worked only toward sustaining the prosperity of our community, not of ourselves? What if you weren’t scared to lose, because you had nothing to lose? There are many people in the world who do not practise “marriage”, poking holes in the notion that monogamy is an intrinsic human desire. If you don’t know of them, check out the Matriarchal Mosuo People, who practise “walking marriage”, just for one different perspective.’  – Audrey K Hulm, Writer

‘I think it’s not so much the actual monogamy that matters in a relationship, but the reasons why or why not to practice it. It’s all about the underlying values – if you choose to be monogamous due to the value of loyalty, then that’s fantastic. But if you practise monogamy for selfish, manipulative reasons, then that’s not so fantastic. Granted, this issue does touch on raw, animal instincts which (whether we like it or not) are present in each and every one of us. The fact is that, as animals, we are not naturally monogamous. The way we are built to be sexually promiscuous and the instincts within us are to (for lack of better phrasing) be with as many different partners as we can to satisfy these sexual promiscuities. Whether or not a particular relationship is monogamous is all about circumstances and the understanding between two people. The most important part is that it is clear between the two people what the deal is, lest it end up in chaos and sadness. Because everyone’s values when it comes to relationships are different, and that’s okay.’ – Alexandra Van Schilt, Writer

‘The reason I am a monogamist is because I love being completely committed to one person, and to know that they are equally as committed to me. But that doesn’t mean that I don’t support others’ right to polygamy if that’s their understanding of love, and if everyone involved has the same point of view. Adultery, in my opinion, is inexcusable, because it constitutes betrayal, and can never result in a good outcome. I do respect the polygamist desire to love multiple people if one wishes to do so. But personally, I like having my guy all to myself!’ – Michelle See-Tho, Writer

‘Let’s see what Bettina Arndt, sex researcher and newspaper antagonist, has to say about monogamy. “Men live with up to 20 times the testosterone of women and that makes it very tough to cope with decades of monogamous marriage, particularly when sex is offered very reluctantly”, she writes in a 2011 column. Arndt’s words epitomise a commonly-held idea that monogamy is an institution wherein women exchange sex for a committed relationship. And that men acquiesce to fidelity in order to appease the ol’ ball and chain that cooks, cleans, and opens their legs for them every now and then.  Pooh pooh to you, Bettina! Men have capacity for extreme intimacy, and some women can have an insatiable sex drive. The dualistic thought that women want love and men want sex is stereotypical and dehumanising to both genders. Monogamy is a beautiful thing because in a spirit of love each person gives to the other; it’s no transaction.’ – Lou Heinrich, Writer

‘Monogamy is something that my friends and I often discuss. One can’t help but think that with the statistics surrounding cheating and divorce, maybe it isn’t as natural a concept as we are told it is. That being said, I am a serial monogamist and couldn’t imagine being with anyone other than my husband. I guess that when it comes down to it, it all depends on the individual. We make these rules regarding what is “normal”, trying to squeeze every person into the same shaped box, and then get confused when not everyone fits. Monogamy isn’t right or wrong — it suits some people and doesn’t suit others, like most things in life. As long as those involved in a relationship are consenting, then it shouldn’t matter to anyone else.’
— Kaylia Payne, Writer

Your turn, Lipsters! What are your thoughts on ‘monogamy’?