the wonder of it: why wonder woman shouldn’t be a UN Ambassador 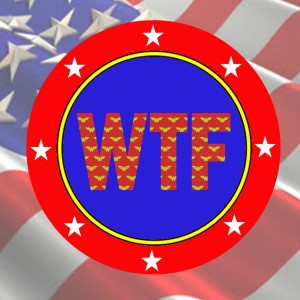 When Natasha Stott-Despoja was appointed Australia’s Ambassador for Women and Girls in December 2013, she said: ‘I continue to be proud of Australia’s efforts to work with and for the world’s women, and I’m honoured to have been given a chance to contribute to this work.’

In October 2016, when the United Nations appointed Wonder Woman as its Honorary Ambassador for the Empowerment of Women and Girls, she couldn’t give a speech. She’s not a real person.

In March 2015 when Natasha Stott-Despoja was invited to reflect upon her first year as Australia’s Ambassador for Women and Girls, she said: ‘The opportunity to promote gender equality in the international space is everything that I love.’

A couple of weeks ago, when the UN’s Honorary Ambassador for the Empowerment of Women and Girls might have made an announcement about her plans for gender equality advocacy during her coming year in office, nobody invited her to do so. Why would they? She’s not a real person.

Prior to the official announcement ceremony, staff members at the United Nations started a petition asking the UN to reconsider their choice of Wonder Woman as the Honorary Ambassador for the Empowerment of Women and Girls. The petition questions the appointment on the grounds that, apart from not being a real person, the image Wonder Woman projects is “not culturally encompassing or sensitive” because she is ‘a large breasted, white woman of impossible proportions, scantily clad in a shimmery, thigh-baring body suit with an American flag motif and knee high boots – the epitome of a “pin-up” girl’.

Despite all efforts, the request to find an alternative, real life Honorary Ambassador fell on deaf ears. Consequently, during the October 21 official proceedings, dozens of UN staff members stood and turned their backs in protest of what is, at best, a controversial decision and, at worst, nothing short of a WTF moment.

By October 31 the petition had gathered over 15,000 signatures.

The United Nations has in place a series of what it calls ‘Sustainable Development Goals: 17 Goals to Transform Our World’. The goals have been set by the UN as markers which call for ‘concerted efforts towards building an inclusive, sustainable and resilient future for people and planet’. According to the United Nations, the appointment of Wonder Woman as the Honorary Ambassador for the Empowerment of Women and Girls is in support of Goal 5: ‘to achieve gender equality and empower all women and girls’.

Wonder Woman’s owners, DC Comics – and why not? because they’re sure to spin a buck or two out of this – have been quick to point out the positives of her appointment, proudly announcing that ‘Wonder Woman will move beyond battling Super-Villains to raise awareness of the UN’s campaign for gender equality’ thereby remaining ‘a critical component for a peaceful and prosperous world’.

Am I the only one now worried about who’s battling the Super-Villains?

Maybe it’s Batman, the white male who just happens to be, oops, a millionaire and able to buy his way into the superhero club.

Or maybe it’s Superman, another white male who, after all, really does have super powers thanks to his alien heritage. Doesn’t cancel out the fact that his ‘mom’ made his costume for him though, does it?

As her alter ego, Diana Prince, Wonder Woman occupies a position of gendered servility in her role as army secretary. Even though she’s got a really (trust me, really) high security clearance, does she have a voice in the real world? Can she effect change? In contrast, Bruce Wayne enjoys his position of privilege as an eligible man-about-town millionaire where everyone drips off his every word. And Clark Kent never breaks a sweat to gain the advantage as he uses his Superman insider information to out-scoop-out-report the hard-yarding Lois Lane.

Having to work twice as much just to get the same recognition as the blokes? Hmm, maybe Wonder Woman isn’t such a far-fetched choice after all.

Don’t forget, Bruce needs to effect a one-leg-at-a-time wardrobe change on the way down to the bat cave and Clark is lost without a phone booth… but Diana? Give her the space for a one-woman-whizzy and you’ve got (the white) goddess incarnate. Literally.

In her March 2016 International Women’s Day statement, Natasha Stott-Despoja spoke of travelling to Bougainville and meeting four local women parliamentarians or ‘Pawa Meris’ – Power Women – who had worked successfully to overcome conflict in their region. ‘I’ll continue to be an active Pawa Meri,’ she said. ‘I hope you will join me.’

The United Nations would have us believe we are ‘superheroes in our own right’. But it’s not enough to be a superhero. It’s not even thinking in the right direction. Superheroes aren’t real.

We are real people. We are real women. And we have real power to make real change.

Let’s not diminish ourselves, or each other, by accepting the frankly ridiculous notion that a fictional, white, big busted wonder woman can ‘speak’ for women and girls across cultures, across the world.

4 thoughts on “the wonder of it: why wonder woman shouldn’t be a UN Ambassador”