this is a love letter: why nsw should spend more to combat dv 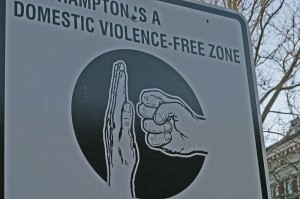 This is a love letter to domestic violence victims. To the sisters, the mothers, the aunts, the grandmothers. The sophisticated ladies, the spitfire working class woman, the timid girl. The women who are victims of violence within their own homes. You, who have traversed the hallowed roads of hell. This is for you.

This is also a celebration. The New South Wales Government has committed to doubling the amount of funding that goes towards combatting domestic violence within the state. That’s $75 million per year, which means investing in ways that we can combat the insidious attitudes and cultural structures that perpetuate domestic violence. Because, at the end of the day, fighting domestic violence means not only eliminating current instances of abuse within the home, but preventing it as well.

Time and again, researchers and industry professionals have commented on the pervading culture of entitlement that is nurtured and reinforced through traditional constructs of masculinity. This can range from the consumption of material that overly sexualises and degrades women, to using violence as a means asserting dominance. This manifests in intimate relationships through manipulative measures, power plays, gaslighting, thinly veiled threats and outright instances of assault. The abuser commonly uses these techniques intermittently as part of the ‘cycle of violence’ in order to continue the relationship and the power dynamic.

Confronting the reality of domestic violence with financial aid could see support for a number of initiatives, including:

But in the grand scheme of things, that $75 million investment is only about 1% of NSW’s total income. Is that enough? Is it enough when we consider that in NSW alone, 2 women are assaulted every hour? Is it enough when domestic violence is the leading cause of death and injury for women aged 15-44? The answer is: it’s better than what it was, but it is not enough.

You’re probably thinking at this point: you said this was a love letter, and this really doesn’t seem like a love letter. We all know the formula for love letters: sweeping platitudes plus grand statements equals a sentimental epistle that should be cherished forever.

But this is a love letter.

This is about paying homage to the courage of domestic violence victims – and acknowledging that everyone is deserving of love, and safety. This is a love letter to those women, letting them know that they have been heard, that we want to stop others feeling the anguish that stems from violence in the home. That we want more than just “enough”.

This is an open letter, demanding that we seek better than just $75 million for these women: that we find an end to domestic violence. And that, in eliminating instances of domestic violence, we end the pain and suffering of millions of women and children, lessen the burden on the health system, reduce crime rates and improve productivity in the workplace.

Should you, or someone you know, need support in dealing with domestic violence, please call 1800 737 732 for phone counselling services, or visit this website here.