the discourse of entitlement in the pickup artist community 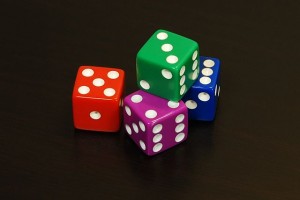 The seduction community, also known as the pick-up artist or PUA community, is a movement of men whose goal is seduction and sexual success with – or access to – women. Members of the community often call themselves pickup artists (PUA). It doesn’t take very much to realise that this kind of “artistry” is not nearly deserving of its title or its following.

The PUA community likes to make various unproven claims, and there is notable influence from neuro-linguistic programming, self-help, pop evolutionary psychology, misapplication of game theory, and woo ideas (most notably those of Ross Jeffries). Typically in PUA literature a model or protocol is prescribed as a one-size-fits-all method of generating attraction from the opposite sex, falsely assuming that complex human interaction has constant and unchanging “laws” that can be studied and thus exploited to the PUA’s advantage. Many have accused the subculture of misogyny and objectification; others see it as no different from any other kind of flirting or attraction.

The Bible of the PUA crowd seems to be Neil Strauss’s The Game: Penetrating the Secret Society of Pickup Artists – indeed, the book comes bound in leather with gold-leafed pages and a red silk ribbon. ‘Mystery’, a PUA profiled in the book, claims ‘well-chosen props are a great way to focus a girl’s attention on something else so she doesn’t resist overt sexual moves’. Some of Mystery’s “advice” for breaking down “last-minute resistance (LMR)” is fairly indistinguishable from date rape. The narrative of Strauss’s book is at best bipolar if not outright schizophrenic. Alongside the story of his evolution from self-loathing (but probably decent) human being to totally-awesome-stud-alpha-game-messiah is the contrasting tragic tear-jerking meltdown(s) of “Mystery”.

And so throughout the book Strauss gets to have it all ways. He assures us he’s a nice guy by denouncing the real public enemy number one: frigid women, describes women as ‘moronic fem-bots’ and ‘bitchy catty witches’, lists his glorious herculean conquests, and throughout tells a journalistic narrative in both the first and third person. By the end the only unquestionably good lesson anyone should take from it is that having your cake and eating it too is very possible in autobiographical narratives. Also that it’s good to have more confidence, be somewhat bolder and have fun while dating. The negative lessons that most guys probably take from the book are too numerous to list here.

As if the PUA Bible wasn’t horrific enough, we now meet one of its disciples. Daryush Valizadeh, also known as Roosh V and Roosh Vorek, is an American writer and pickup artist known for his writings on seduction and antifeminism. Roosh advocates adherence to traditional heteronormative roles for men and is against female promiscuity. Roosh encourages men to improve themselves, especially in physique and style, and become more masculine in order to be more attractive to women. In addition, he states that men and women are physically and mentally very different and that much of women’s value comes from their fertility and beauty.

It is out of this mindset that comes the idea most recently posted on his internet blog; “Women Have Reduced Themselves to Sexual Commodities”. Roosh’s latest tirade details the reasons that ‘modern, independent women’ are no longer worth a man’s time: ‘thanks to a woman’s demand for “independence,” a modern man should focus on extracting as many instances of sex from individual women as he can until the well becomes dry’. Throughout the entire blog post, he constructs a (clunky at best) metaphor about women being oil wells; machines that should be utilised for its single output (sex), and nothing else ‘until it goes dry’, and then move on to the next one. Roosh goes on to describe a relationship he has with a ‘polish girl’ [sic] 14 years his junior, prescribing hopeful followers with a simple instruction: ‘I did just enough work to keep her interested so that when I needed sex, she gave it to me, and as long as I was interested in our arrangement, I continued tapping her well to my sexual satisfaction.’

Obviously, the discourse of male entitlement to female attention has long been a problem in our society. Young men angry at women for supposedly overlooking their charms for less worthy and more brutish sexual rivals existed long before The Game was published or PUA/MRA forums proliferated online. But the internet and the PUA community have created a haven for young men engaged in this self-pitying discourse, encouraging them to cultivate that chip on their shoulders, wallowing in misogynist accusations that women en masse are failing them by not giving up the sex these ostensibly unappreciated men believe they deserve. Some pick-up artists or their supporters may be angry about this piece because it makes crude and unfair generalisations about a large group of people for the purposes of fleeting entertainment. Not fun when that happens to you, is it?